The Media Just Attacked Bernie For Calling Trump A Liar. His Response Is Epic

New Yorkers commemorated this year’s International Women’s Day by reminding the world that the President of the United States was caught on video boasting about sexually assaulting women, just in time for a worldwide women’s strike.

The posters look like a copper plaque, like the ones you see with government officials stamping their names all over buildings, but with a surprising twist, as you can see in the photos below.

Instead of meaningless platitudes and a list of names, the now infamous words that define the Republican Party’s new champion stare back at the viewer:

“I did try and f*ck her. She was married.

But I couldn’t get there.

And she was married.

I just start kissing them. It’s like a magnet. Just kiss.

I don’t even wait.

You can do anything…

Grab them by the p*ssy.

You can do anything.”

The President of the United States of America

As a nation, we owe it to our mothers, sisters, wives and daughters to seek new, more respectful leadership, and to evict the pussy grabbing, fat shaming, pathological liar who’s been publicly accused over twenty times of sexual harassment, rape, assault, or otherwise abuse by American  women from the White House. 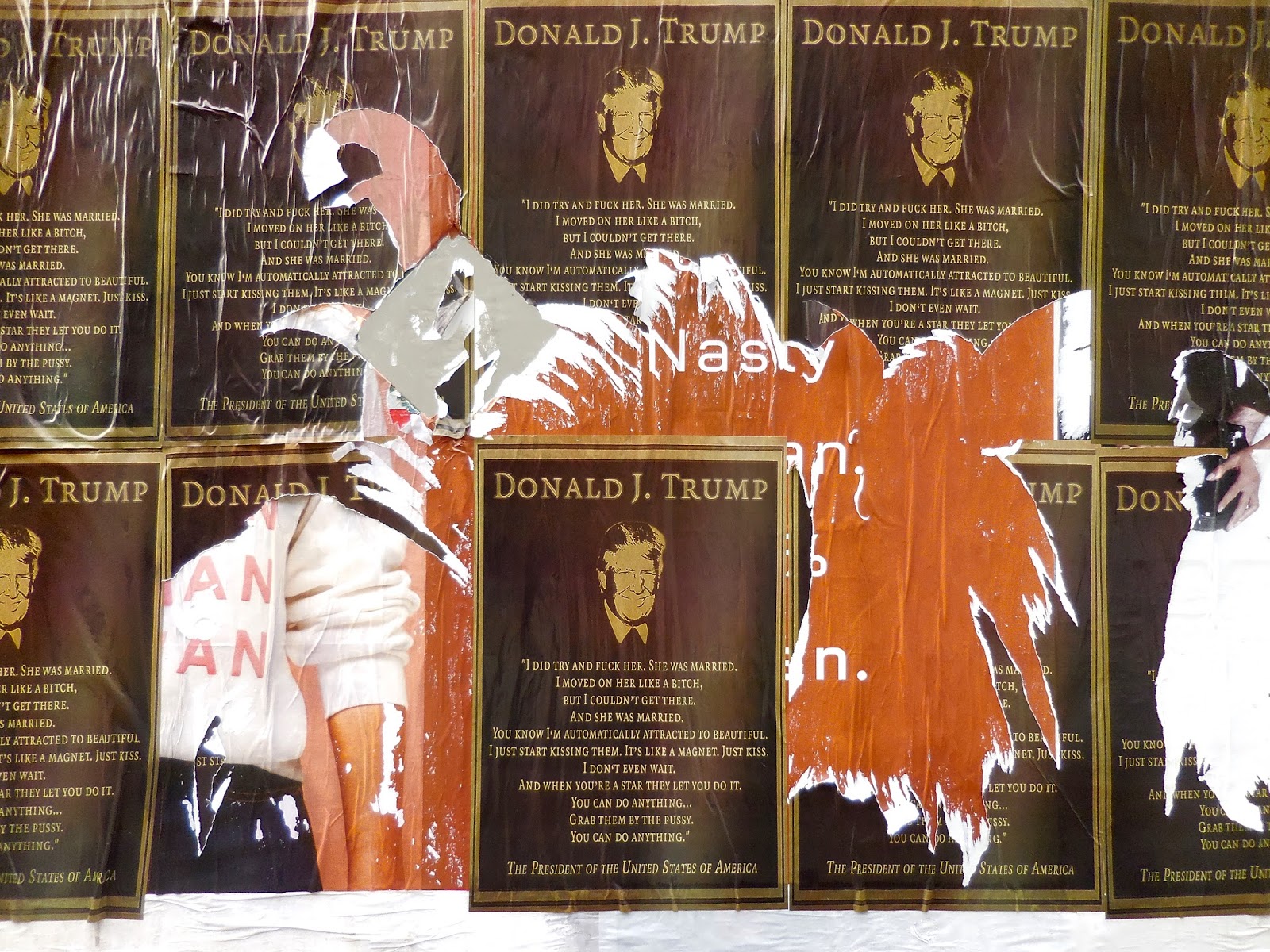 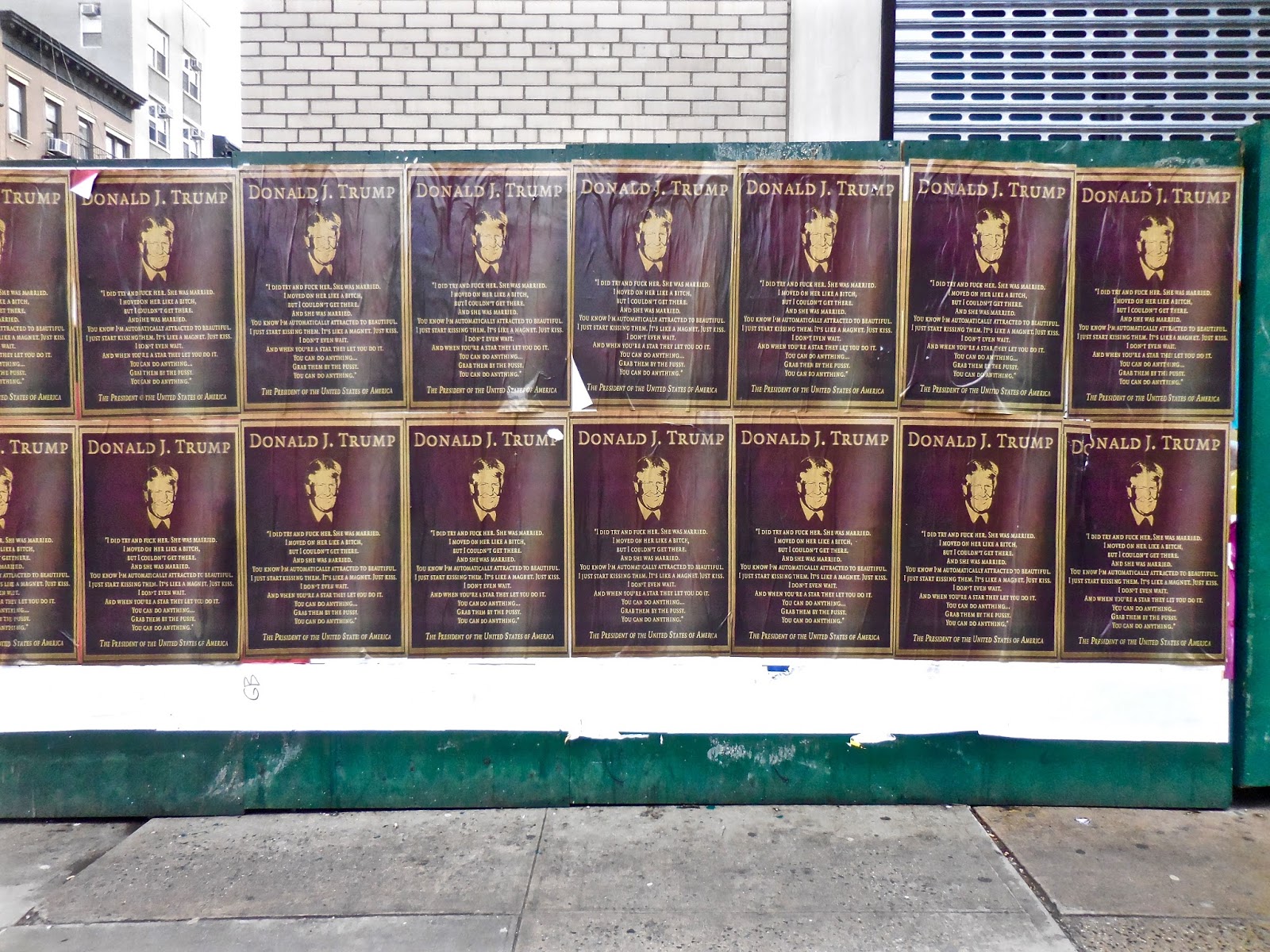 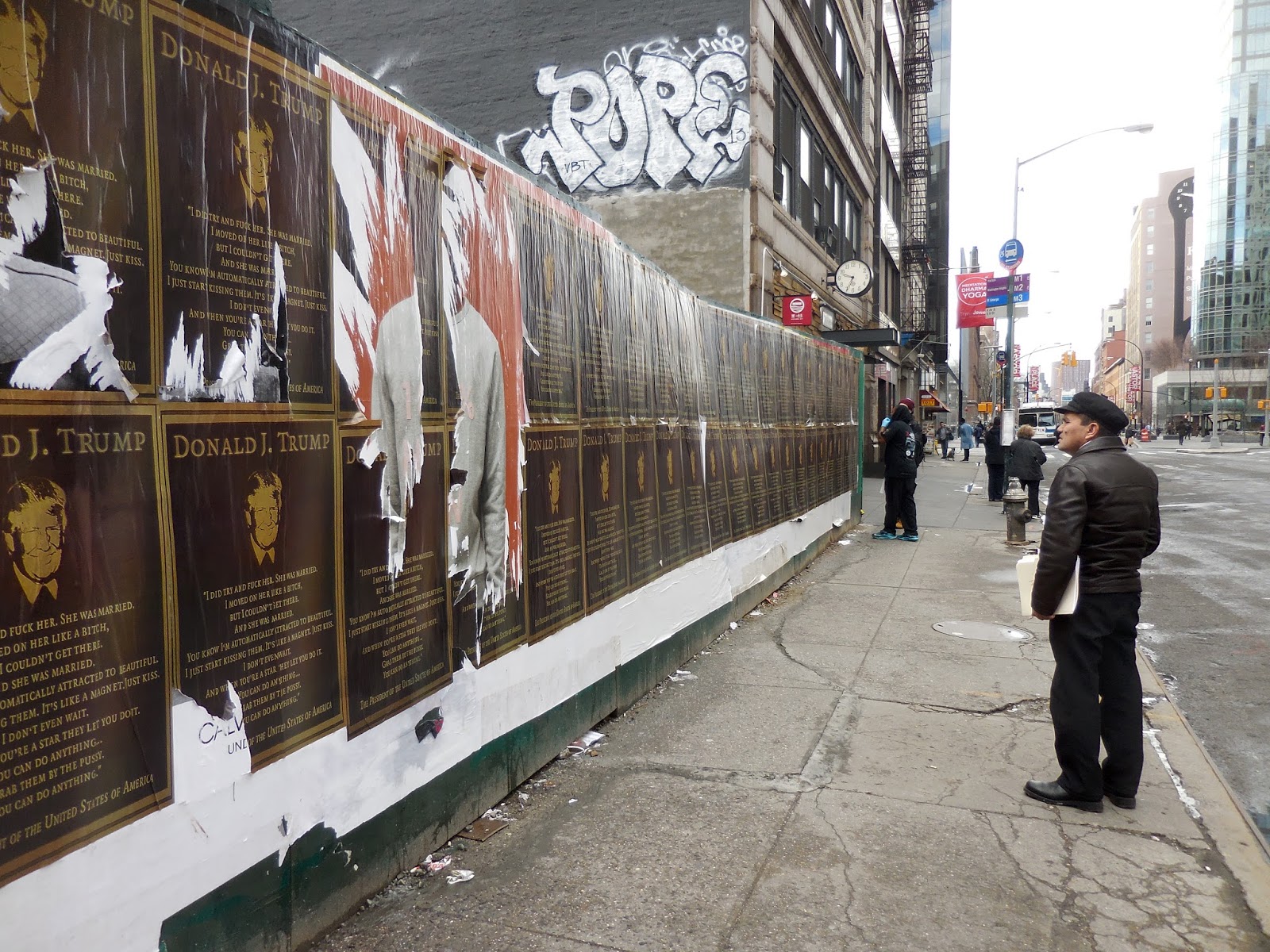 H/T Jeremiah’s Vanishing New York: a.k.a. The Book of Lamentations:
a bitterly nostalgic look at a city in the process of going extinct