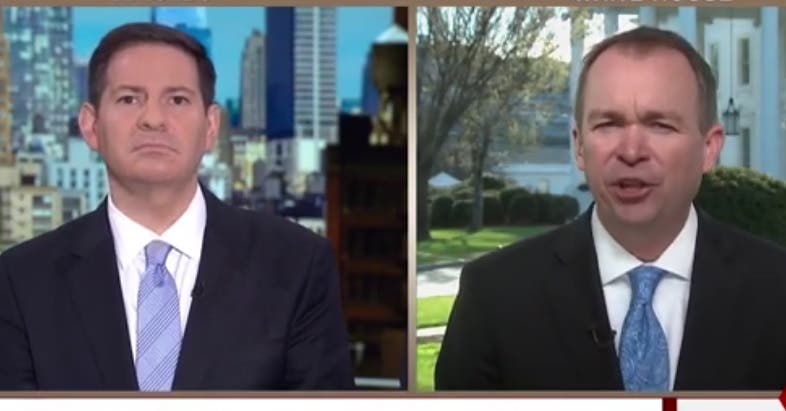 The Republican Party has finally gotten around to cobbling together some kind of alternative to the Affordable Care Act – and it is, by all accounts, an unmitigated disaster.

It is essentially a $600 billion tax cut for the wealthiest Americans and for health insurance CEOs, to be paid for by the American middle class. It would result in up to half of the people on Obamacare losing their insurance, anywhere from six to ten million people, according to a report by credit agency Standard & Poors.

The “American Healthcare Act,” also known as “Trumpcare” to Democrats and “RINOcare” to the far-right, is clearly not intended not to provide health insurance, or provide any kind of solution to the healthcare crisis that is crippling the middle class.

That much was made obvious today when President Trump’s budget chief Mick Mulvaney admitted that “We’re looking at it a different way … because insurance is not really the end goal here.”

He went on to give a common Republican excuse for denying insurance to millions of Americans.

“One of the conservatives’, one of the Republicans’ complaints about the Affordable Care Act from the very beginning, it was a great way to get insurance and a lousy way to actually be able to go to the doctor. “

That is, of course, utter nonsense. A study by the Commonwealth Fund revealed that 60% of Americans without health insurance simply did not seek out healthcare because the cost was too high. Health insurance, for the moment, is the only way to help the American people get the care they need because the insurance system is too deeply entrenched.

While we should work tirelessly to switch to a single-payer healthcare system, Obamacare has been a critical stopgap that has helped millions of people. But this is the cold and unpleasant truth of what Republicans have planned for the American people – to leave us high and dry while funnelling money to the richest Americans.