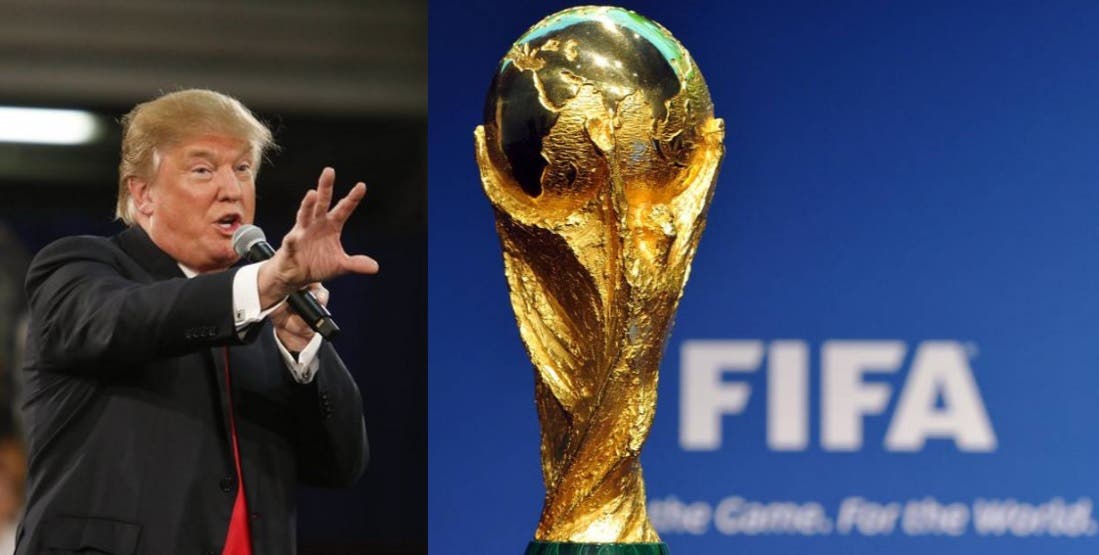 The repercussions of President Donald Trump’s second bigoted Muslim “travel ban” continue to materialize. Now that Trump has banned citizens from six Muslim majority countries from entering the United States, the ban will adversely impact our nation’s chances of hosting the 2026 World Cup.

The president of FIFA, Gianni Infantino, says Trump’s ban is going to prevent the United States from hosting the World Cup in 2026, even though we are a heavy favorite for the selection. Infantino said:

Teams who qualify for a World Cup need to have access to the country, otherwise there is no World Cup. That is obvious.

Infantino does raise an interesting point. Five of the six nations in which Trump’s idiotic travel ban is currently being enforced – Somalia, Sudan, Syria, Libya, and Yemen – have never qualified to participate in the World Cup.

The Islamic Republic of Iran, however, has a historically strong soccer team and even beat Team USA in the 1998 World Cup. Infantino went on to say:

We are now in the process of defining the bid requirements. In the world there are many countries who have bans, travel bans, visa requirements and so on and so forth. It’s obvious when it comes to Fifa competitions, any team, including the supporters and officials of that team, who qualify for a World Cup need to have access to the country, otherwise there is no World Cup.

The requirements will be clear. And then each country can make up their decision, whether they want to bid or not based on the requirements.

Whatever FIFA intends to do will likely not even mildly influence Trump’s policy decisions. Trump’s first attempt at a travel ban cost the United States over $185 million in lost revenue, whereas the World Cup in 2014 generated $4.8 billion for Brazil. That would be a gigantic loss on Trump’s watch.

While the bidding for the 2026 World Cup has not yet started, and the rules which will govern the bidding have not yet been implemented, a reckoning of Trump’s policies are on the horizon. The World Cup would bring thousands of jobs and billions of dollars to the United States, which is what the Republican party claims to be their bedrock platform. Instead what is being shown in practice is entirely different, as Trump’s policies continue to negatively impact not only the United States, but the entire world as well.