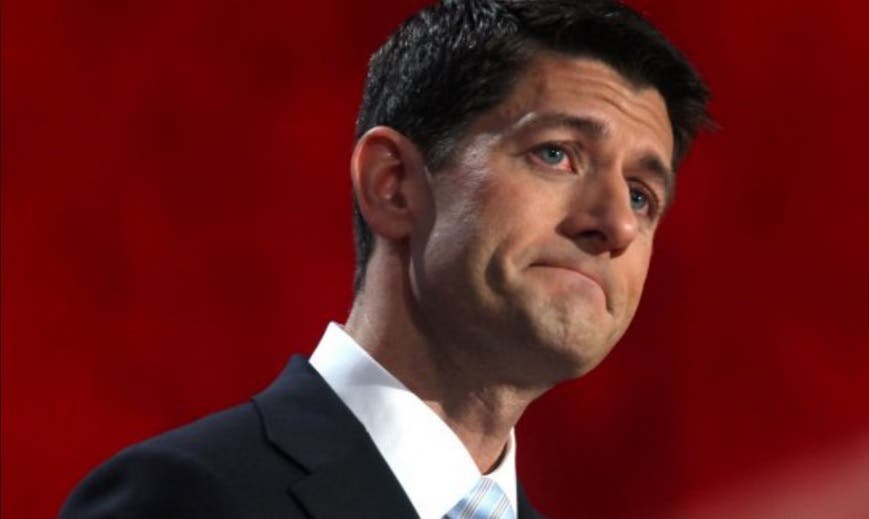 Speaker of the House Paul Ryan (R-WI) who is behind the push for the “Trumpcare” replacement for the Affordable Care Act, has demonstrated that, despite his plan centering around insurance markets, he doesn’t actually know how insurance works.

The new bill which would replace Obamacare officially called the American Health Care Act (AHCA), but referred to as “Trumpcare” by the left, “RINOcare” by the far right, and “a stinking pile of garbage” by Rep Thomas Massie (R-KY). The AHCA will aggressively strip back Obamacare subsidies to the detriment of the poor, sick, and elderly in America.

Ryan explained that his big problem with Obamacare is that the healthy pay more into the system than they take out, and the sick pay in less than they take out. That is literally how the entire insurance industry functions.

Paul Ryan says insurance can't work if healthy must pay more to subsidize the sick. But this is exactly what happens in every employer plan.

But, but this is very literally the definition of health insurance… @CitizenCohn https://t.co/y63B6foI4I

For any kind of insurance, whether it is house insurance or health insurance, policyholders pay a certain amount every month to their insurer. That is the premium.

Each healthcare policyholder also has a deductible, which is the amount of money they have to pay out of pocket before insurance kicks in.

If Jen has a $100 deductible, after she spends $100 on healthcare in 2017 the insurance company pays for all of her necessary healthcare costs for the rest of 2017 (sometimes the customer has to pay a percentage of further care costs).

A healthy individual like Jen who pays for insurance in case they ever develop a catastrophic illness effectively subsidizes the sick people like Elsa covered by the insurer. If Jen never develops an expensive illness then she will pay much more to the insurer than she will receive in care over the course of her lifetime. What she does receive is protection from risk.

Obamacare made it illegal for insurance companies to refuse sick customers. Prior to Obamacare, people with chronic illnesses were unable to buy insurance policies; insurers did not want to have expensive customers who would inevitably take out more money than they put in.

Once insurers were forced to take on these expensive customers, Obamacare sought to use government subsidies to help cover the costs. Whether the extra money insurance companies need to function comes from healthy taxpayers or healthy customers, the healthy must subsidize the sick. That is the nature of insurance.

For Ryan to not understand this basic fact about the industry he seeks to reform is terrifying. No wonder his plan will lead to disastrous consequences for anyone who costs insurance companies money, and only benefit those who have insurance as risk-protection but never need to use it for expensive care.

We officially have proof that Ryan is an incompetent buffoon when it comes to making healthcare policy. We demand a healthcare bill that is written by someone intelligent who actually understands what their policies mean.