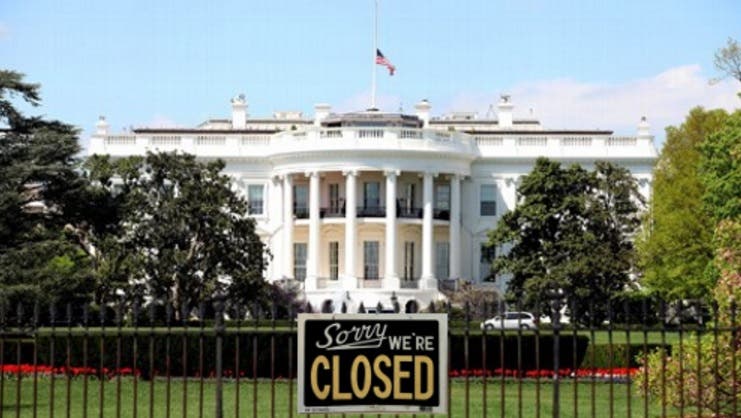 When Trump said that he wanted to put “America First,” we didn’t know he meant it this literally.

The Trump Administration just got called out publicly by the British Embassy over a diplomatic flap when the White House tried to quietly, but publicly ban UK nationals and tourists from foreign from tours in our nation’s governing mansion.

Trump’s White House said publicly that tours had reopened, as Trump very publicly made clear when he snubbed a meeting with veterans to parade in front of the cameras instead. But if you aren’t American, the White House is demanding you file a request with your embassy – requests that are then denied.

According to the official White House statement, visitors from the UK and elsewhere can apply for places, saying: “If you wish to visit the White House and are a citizen of a foreign country, please contact your embassy in Washington, DC for assistance in submitting a tour request.”

But the British Embassy in the US capital quickly repudiated the announcement, citing the State Department: “The White House website states that foreign nationals interested in touring the White House should contact their Embassy to arrange a tour. “However, the Embassy has been advised by the US Department of State that this is on hold.

We are therefore unable to process any applications at this time.”

It’s unclear whether or not this is some kind of petty revenge for the UK parliament’s decision to ban President Trump from an official state visit or perhaps a heightened security measure.

In either case, it’s very poor optics for a Trump administration which has been very aggressive in their embrace of xenophobic policies and rhetoric.

America’s White House was once an international symbol of democracy and the values that once made America great. Under Trump, however, it has come to represent the very worst impulses of the human spirit.