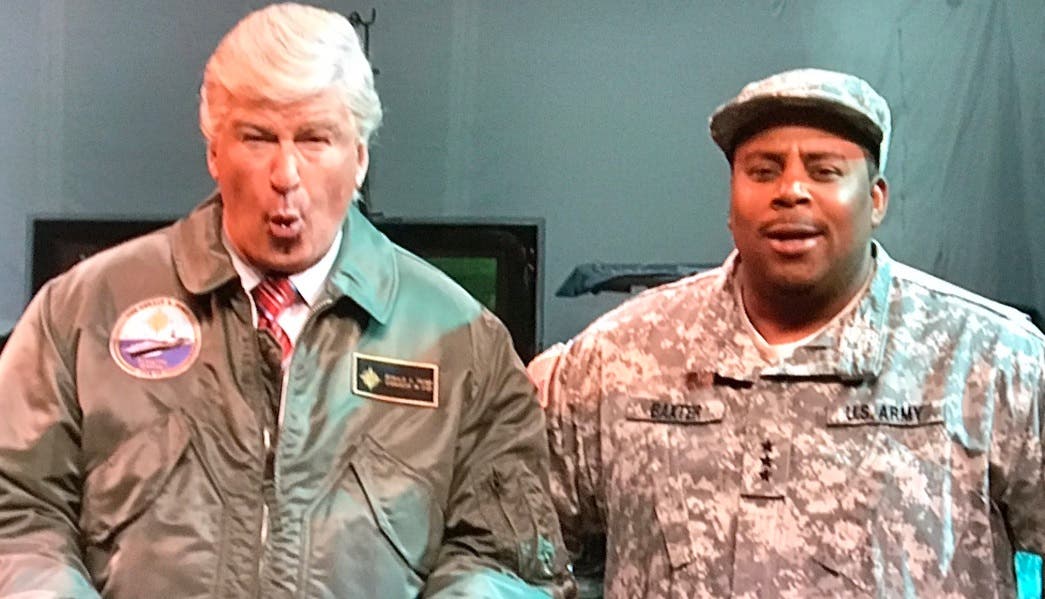 In the opening sketch from tonight’s Saturday Night Live, Alec Baldwin returns to drive our President wild with anger with his skillful impersonation of Donald Trump.

During tonight’s cold opening, “Donald Trump” is faced with an Independence Day –style alien invasion – and let’s just say he doesn’t quite rise to the occasion. Baldwin’s mocking of Trump’s ability as a military commander is sure to cause a stir in Washington.

As you enjoy this video at home, spare a moment to think of Donald Trump, the king nothing who is sitting in the White House fuming at the thought of millions of Americans laughing at his humiliation.