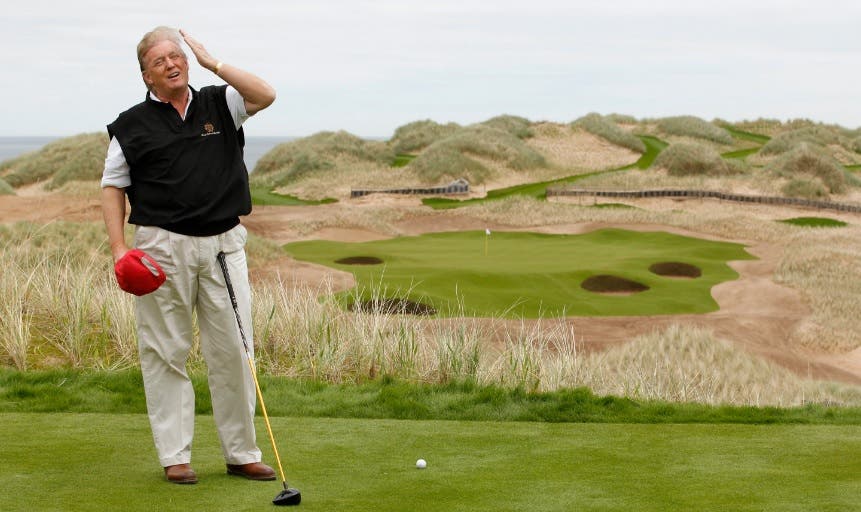 Caroline Kennedy Just Made An Announcement That Will Terrify Republicans

Our do-nothing President Trump has decided that he’s earned yet more leisure time despite not having actually accomplished anything besides taking credit for President Obama’s hard work.

This weekend, Trump is visiting the Trump National Golf Club in Virgina – his ninth trip to a golf course in the fifty-one days he’s been the president.

President Trump is at Trump National Golf Club in Potomac Falls, VA, per pool; it's his 9th golf course trip since taking office 7 weeks ago

The Washington Post determined that out of 744 hours in his first month, Trump spent just 27 of them in briefings, while spending 25 hours golfing and 106 hours relaxing at his Mar-a-Lago mansion.

Trump spent much of President Obama’s presidency complaining about the occasional golf trips the President took but is on track to spend more taxpayer dollars in a year on vacations than Obama did in eight years.

A month into his presidency, Trump shows no interest in actual governance. His fruitless attempts to distract the public with outrageous conspiracy theories have been but the filler between his real passions – posing in front of the cameras with White House tourists and relaxing on the golf course.