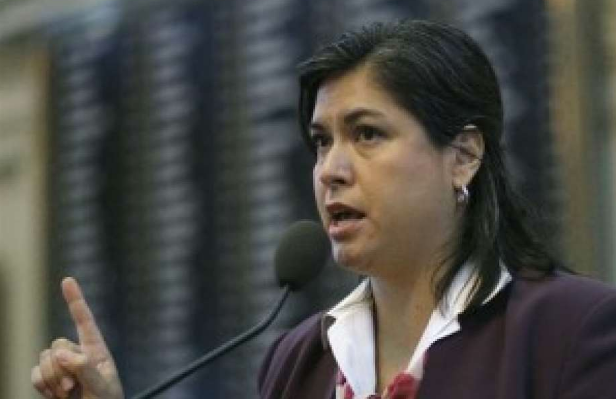 The satirical House Bill 4260 would encourage men to remain “fully abstinent” and only allow the “occasional masturbatory emissions inside health care and medical facilities,” which are described in the legislation as the best way to ensure men’s health.

In addition, the bill would mandate a waiting period before any man could get a vasectomy or a prescription for erectile dysfunction drugs and would also force them to undergo a “medically-unnecessary digital rectal exam” as a counterpoint to the unneeded ultrasound procedure that Texas forces women to have 24 hours before an abortion to try to shame them into changing their mind.

Pamphlets with info on vasectomies, Viagra, and colonoscopies, similar to those women seeking abortions are given, would be issued to men as well. Masturbatory emissions created in health or medical facilities will be stored for the purposes of conception for a current or future wife.”

In language parodying the anti-abortion bills that have cycled through Republican-controlled state legislatures around the country, the bill would consider any ejaculation outside either a vagina or a medical facility as an “act against an unborn child, and failing to preserve the sanctity of life”.

“A lot of people find the bill funny,” Farrar said in a phone interview. “What’s not funny are the obstacles that Texas women face every day, that were placed there by legislatures making it very difficult for them to access healthcare.”

Earlier this year, one male Texas legislator, Tony Tinderhold (R-Arlington) proposed to make abortion illegal in Texas, saying that it would force women to be “more personally responsible about sex”. While Farrar’s bill stands little chance of passing in the male-dominated chamber, it looks like she’s developed the perfect counterpoint for teaching men sexual responsibility—through abstinence!