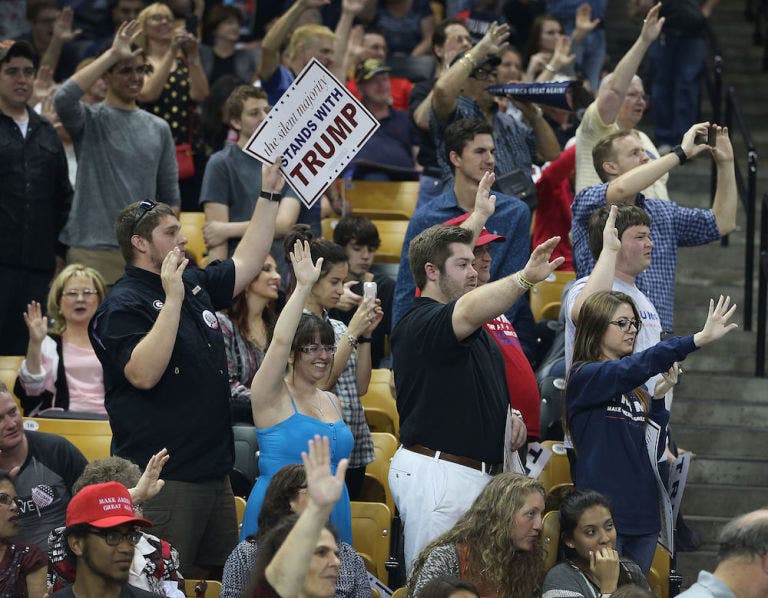 It’s not the first time a fake broadcast has pulled one over on the American public. In 1940, Orson Welles’ “War of the Worlds” inadvertently fooled thousands of listeners into believing that Earth was under attack by Martians. The difference between then and now is: nobody sided with the Martians.

This time, Trump supporters took things in a disturbingly different direction. The Washington Post reports that “as part of a marketing campaign for ‘The Man in the High Castle,’ Amazon launched ‘Resistance Radio,’ a fake Internet-based radio station” to oppose the fictional Nazi occupation of the United States.

Naturally, Trump supporters took the broadcast’s anti-Nazi position personally and struck back in defense of the Third Reich.

That Trump supporters were so easily conned should come as no surprise. After all, these are the people who gleefully chanted that Mexico would pay for our “beautiful wall” and still have no idea that ACA and Obamacare are the same thing. But when the most enthusiastic fans of the President of the United States unite to take up the Nazi cause, we have entered a whole new level of surreal.

Resisters — of both Nazis and Trump — had plenty to say in response.

This time, the Nazi defense was a mistake. That said, between the travel ban, Steve King, and a refusal to condemn anti-semitic threats, those who continue to stand by the Trump regime might have to get used to defending Nazi ideology.