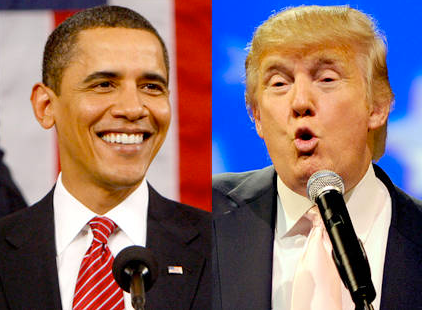 After a devastating analysis of the Republican “Trumpcare” plan, the Congressional Budget Office twisted the knife further with a revelation that completely undermines the party’s arguments for repealing the Affordable Care Act.

Trump and his Republican cronies have been relentlessly pushing the outrageous falsehood that the Affordable Care Act is a “disaster” and is “collapsing” over the past four years. Now that they have control of Congress, they’ve been moving forward with their “repeal and replace” efforts as fast as they can. Yesterday, the CBO revealed that up to 24 million people would lose coverage under the replacement plan that they’re trying to jam down our throats.

Buried in the CBO analysis of the disastrous Trumpcare bill, however, is this glowing assessment of the Affordable Care Act, which covers everyone not enrolled in health insurance from their employers:

“…the nongroup market would probably be stable in most areas under either current law or the legislation.”

This directly contradicts the arguments that Trump and his cronies like Paul Ryan have made that Obamacare is in a “death spiral”.

While in its first few years, premiums for policies on the Affordable Care Act insurance exchanges have risen, the increases have varied from state to state, and most consumers have been protected from the increases because of the act’s built-in subsidies. Moreover, the rate of premium increases has been lower during the years since the act was passed than in the years prior.

Other problems that Obamacare critics have cited is the departure of insurers from participation in the exchanges, and the failure of younger, healthier people to enroll, opting instead to pay the mandated federal tax penalty, an option that can wind up being cheaper than paying premiums.

The problem is that the smaller pool of healthy enrollees can cause premiums to rise even further. This could be a problem if it was truly the long-term trend, but the CBO doesn’t think that is the case. Their analysis of the Trumpcare legislation reveals the true reason for the Republican repeal and replace strategy:  a $600 billion tax cut that would primarily benefit the wealthiest Americans. According to an article published by Vox:

The merits of paying for a tax cut for millionaires by cutting millions of poor families off from Medicaid coverage are something reasonable people can disagree about, but one thing is perfectly clear: The alleged “implosion” of the ACA’s nongroup marketplaces is totally irrelevant to this debate. Republicans are trying to smuggle a massive policy change through the door without really discussing it on the merits, probably because they think most people don’t agree with them about the relative merits of tax cuts versus providing health care to the poor, elderly, and disabled.

The real conclusion to be drawn from the CBO report is essentially that if Trump and Congress simply left Obamacare alone, the insurer dropouts and premium hikes would end on their own with no need to cancel the policies of millions of citizens who deserve access to affordable care.

Republican Chicken Little complaints about how the sky is falling and that our health care system is in danger of imminent demise should be seen for what it is – a smokescreen hiding the true tax-cutting class warfare agenda that they’re trying to push through before the public realizes what’s going on.