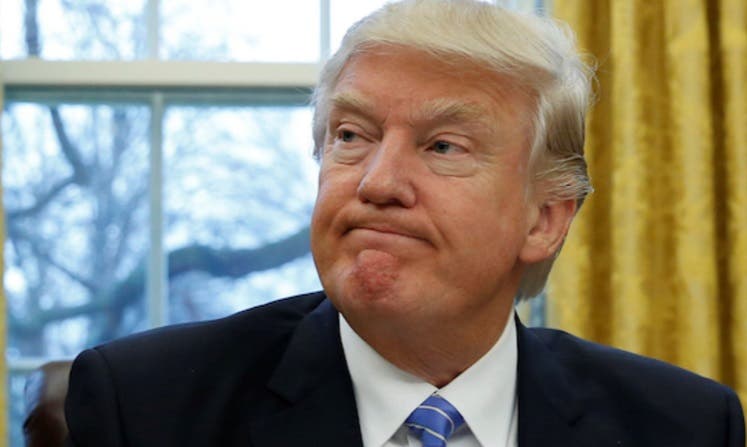 Trump’s Own Defense Secretary Just Defied Him Over Climate Change

It has just been revealed that President Trump has been named as a witness in a civil trial involving convicted pedophile billionaire Jeffery Epstein and a lawyer suing him for “malicious prosecution.”

Law Newz has just reported that Florida attorney Jack Scarola announced that “President Donald Trump has been identified as an individual who may have information relating to these allegations.”

Scarola says he has evidence that a worker at Trump’s Mar-a-Lago club was allegedly recruited by Epstein and became “involved in a pattern of alleged molestations:”

The civil trial, which is expected to begin soon, is a complicated one and dates back to 2009.  It involves allegations of malicious prosecution, and defamation filed by Florida attorney Bradley Edwards. Edwards also represents several of Epstein’s alleged victims who brought separate civil cases against Epstein.  But, what is particularly interesting about this latest case is that it now appears to involve President Donald Trump himself.

This is not the first time Trump has been linked to Epstein. During the election campaign, Trump was sued by a woman who accused him of violently raping her when she was just thirteen years old at one of Epstein’s notorious underage sex parties.

Two more witnesses stepped forward to corroborate the story, but the case was ultimately dropped after the victim was intimidated into silence by death threats.

The links don’t stop there. Bradley Edwards, who Scarola is representing, announced that that:

“Trump and Epstein have acknowledged that they were friends, that they have socialized together. We have reason to believe that Trump was a guest in Epstein’s home during the period of time that Epstein was engaged in molestation.”

Epstein got a mere 13 months in prison for raping or molesting nearly 40 different underage girls at his notorious underage sex parties thanks to his white privilege and his billions. While it’s highly unlikely that Donald Trump will actually be deposed or called to testify, it’s just another sharp reminder that Trump’s past is dotted with heinous accusations.