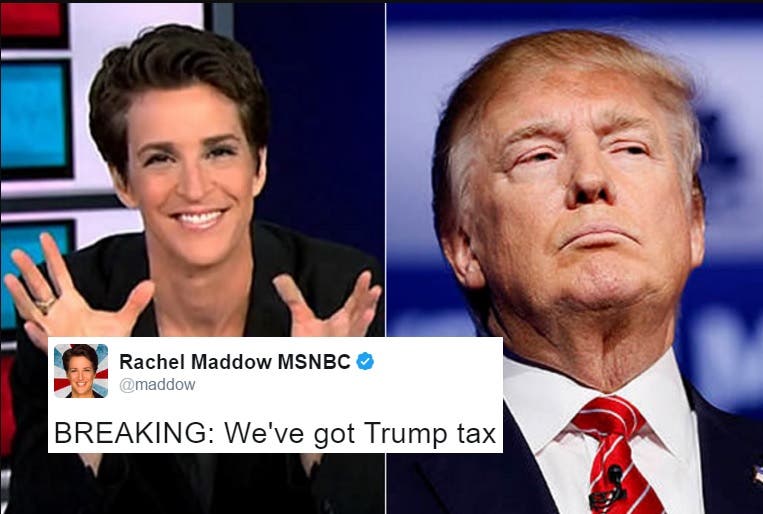 The long wait may finally be over, and the American people may finally have the answers we’ve been waiting for. Rachel Maddow of MSNBC just announced that she has obtained a copy of Trump’s tax returns and will be unveiling them on the air during tonight’s episode of her show, which airs at 9PM ET / 6 PM PDT

Donald Trump has refused to release his tax returns, cycling through a litany of excuses before simply giving up and admitting that he wasn’t going to, because “people don’t care” about his tax returns.

In fact, three-fourths of the American people want to see President Trump’s tax returns for a number of reasons; to see if he’s actually paid any taxes over the past twenty years, if he’s as rich as he says he is, and to see if he has the business ties to the Russian Federation that so many believe he does.

But it should be noted that she said Trump tax returns – not Trump’s. The returns could be for his children or the Trump Organization.

Either way, it appears that nearly two years later, we will finally have the answers we seek.