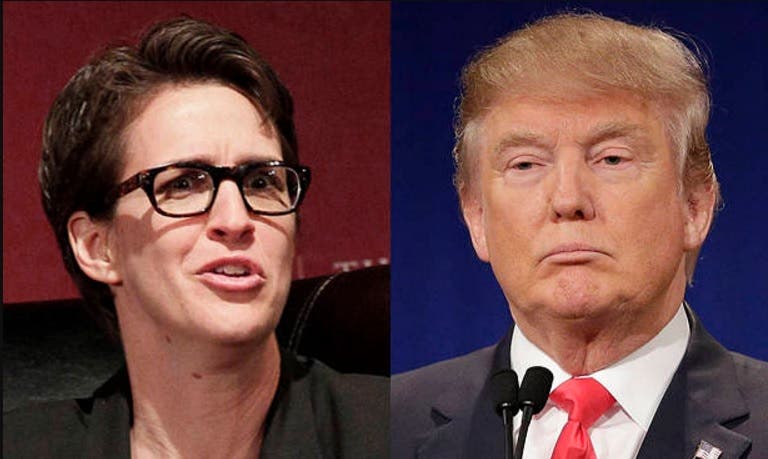 Trump administration scandals drop so fast and furious that it’s hard to keep up with them. Luckily, Rachel Maddow is here to help us keep them all straight. In fact, she just revealed new details to a dirty trick the Trump camp tried to get away with during the election.

Remember back in October, when Fox News was constantly broadcasting allegations about Hillary Clinton’s emails? One of the most damaging claims came from an FBI staffer who accused the Clinton camp of trying to trade changing the security classification of some of the emails on her server in exchange for providing the FBI with more coveted overseas jobs.

When the story first broke, the then-unnamed FBI official was said to have been “pressured” by Clinton aides to declassify an email as a “quid pro quo”. These charges led to three straight days of conservative media piling on to condemn Clinton just weeks before the election.

By then, the more responsible arms of the media started looking into the story and, sure enough, as Maddow says things “started to get walked back”.

First Brian McCauley, the FBI official whose name had been redacted in the original story, came forward. In an interview with The New York Times, McCauley admitted that he was the one that suggested the exchange, not the Clinton staff.

After realizing that what he had proposed was actually illegal, the FBI official said that he took the offer off the table. McCauley told The Washington Post:

“Listen, there was no collusion, there was absolutely no collusion,” McCauley said. “That’s illegal. Something that was underhanded, illegal, I would not do it. No one in the FBI would do it. It’s a matter of integrity.”

That didn’t stop retired Lt. Gen. Michael Flynn, Trump’s then National Security Advisor, from saying that the original FBI document shows “undeniable proof that Hillary Clinton colluded with the FBI, Department of Justice, and the State Department to cover up criminal activity at the highest levels.”

Essentially the whole bogus story was a blatant attempt to drive voters away from Hillary Clinton, with the damage done before the debunking became known. That would have been the end of the story, except for a few pesky details.

First, General Flynn was forced to resign his National Security Advisor position in disgrace for lying about his contacts with the Russian ambassador in the period before the inauguration.

Then last week, Flynn belatedly registered as a foreign agent when it became public knowledge that he was paid by Turkish interests to lobby on their behalf while simultaneously working for Trump and receiving classified intelligence briefings.

Check out Maddow’s take on the story here: