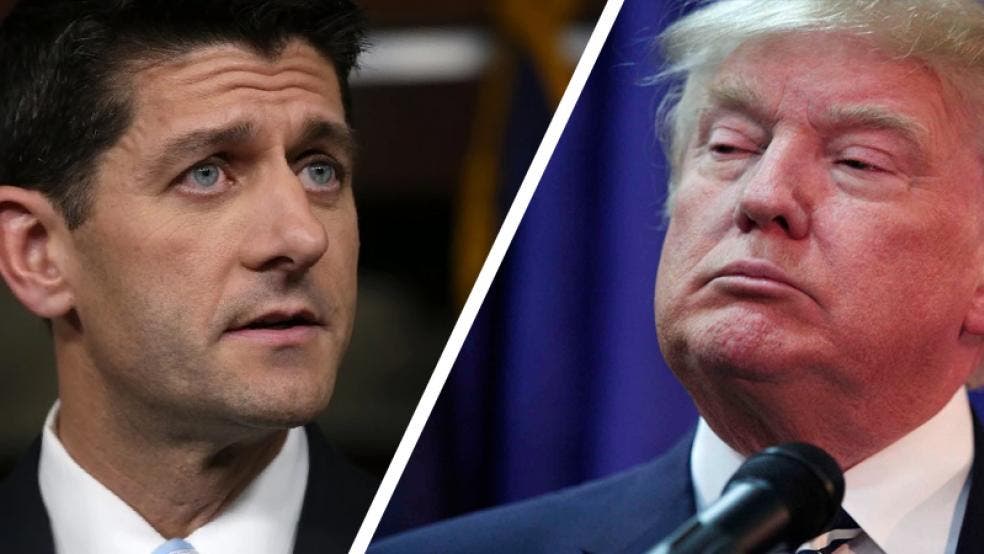 It appears The White House has just launched a not-so-thinly veiled smear campaign, via their defacto propaganda arm, Breitbart News. In a recently exposed recording of a conference call from October 10, 2016, the day after the explosive Access Hollywood tape was released, the Speaker laid out his plan to abandon the GOP nominee and focus on congressional races.

“There are basically two things that I want to make really clear, as for myself as your Speaker. I am not going to defend Donald Trump—not now, not in the future. As you probably heard, I disinvited him from my first congressional district GOP event this weekend—a thing I do every year. And I’m not going to be campaigning with him over the next 30 days.”

The revelation of Paul Ryan swearing off the then toxic nominee isn’t exactly news. It was widely reported at the time that Ryan disinvited Trump to his campaign rally in Wisconsin, and never once appeared with him in the run-up to the election. What is curious is the timing of this Breitbart story.  As Ryan walks in front of every available camera to defend one of Trump’s biggest campaign promises, Breitbart News is publishing a 5-month-old tape that makes Ryan’s job of whipping votes extremely uncomfortable, if not next to impossible.

Steve Bannon is the message man in the West Wing so there is very little chance a story this damaging would be published without his consent, if not without his full-throated encouragement.  So it begs the questions: Why release this tape now? Why remind Breitbart readers that Ryan was disloyal? Why at this moment when they need him to pass this bill, do they decide to paint Ryan as a turncoat RINO?

It appears the White House is preparing to hang the failure of this bill around Speaker Ryan’s neck, while simultaneously painting President Trump as the savior who will ride in and save American healthcare. The war is just beginning.