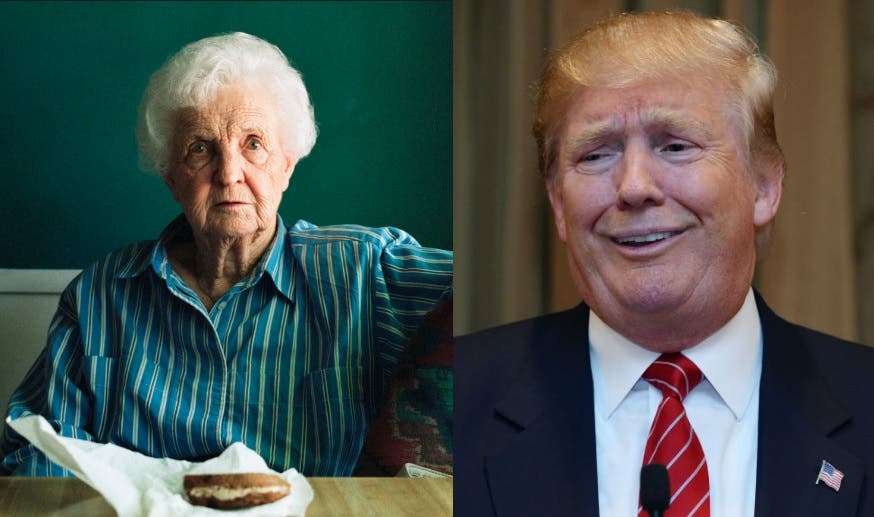 Throughout his campaign for president and since his election, Donald Trump has promised to reduce the size of government, cut taxes, eliminate regulations and slash numerous social programs, even as he boosts defense spending by billions.

His recently released budget proposal makes it clear he’s going to follow through on those threats.

One popular program facing elimination is “Meals On Wheels,” which uses federal funds from the Department of Housing and Urban Development to mobilize volunteers, businesses and donors to provide nutrition to thousands of senior citizens on a daily basis. It supports over 5,000 community-based organizations across America, reaching people in both urban and rural areas.

The money for Meals On Wheels is part of the Older American Act, first passed in 1965 as part of LBJ’s Great Society, and endorsed by every president until Trump. The total cost, which includes other programs, is about $2 billion a year, which is less than the government hands out in fossil fuel subsidies every year.

Meals On Wheels alone costs about $3 million a year, which is the cost of just one trip to Trump’s “winter White House.”

On top of that, Trump’s proposed budget would “drastically reduce” the budget of the Food For Peace program, a State Department program that distributes desperately needed food supplies to areas across the globe that have been hit by famine or natural disaster. Since its creation in 1954 by President Eisenhower, it has helped feed more than 3 billion people.

It too has a budget that barely scratches $2 billion dollars – a drop in the bucket compared to the $54 billion that Trump is planning to pour into the military budget.

Overall, the entire State Department budget also faces the ax, with a proposal to cut the $50 billion budget by almost one-third. It could have been worse, but Secretary of State Rex Tillerson made a plea to ease the cuts, which in an earlier version were at a staggering 37 percent.

The needless cuts to critically important programs like Meals on Wheels and Food For Peace are literally taking food out of the mouths of hungry people. The State Department’s work around the world helps millions of people and builds much-needed goodwill for America’s international reputation, which has been dragged through the mud by President Trump’s abrasive isolationism.

Luckily, there was immediately Republican opposition to many of the proposed cuts. Senate Majority Leader Mitch McConnell of Kentucky says his party will not go along with the massive cuts to the State Department budget. Among the cuts, he said Republicans will oppose cuts in funding for the U.S. Agency for International Development.

Elderly people voted overwhelmingly for President Trump – and this is how he’s choosing to repay them. In 2014, 10.2 million American seniors faced the risk of hunger – a staggering 15% of all elder Americans. Trump needs to be pouring money into “Meals On Wheels,” not taking an axe to it.

It is absolutely appalling that in the richest nation in the world, our seniors cannot live their golden years without worrying where their next meal is coming from. Trump’s budget priorities tell you all you need to know about how he really feels about the struggles of the American people.

President Trump has made it clear once and for all that he cares nothing for the American people who are unlikely to ever dine with him at Mar-A-Lago and is willing to send millions of the most vulnerable into food insecurity and poverty just so that he can funnel the public’s money into the pockets of defense contractors and the ultrawealthy.