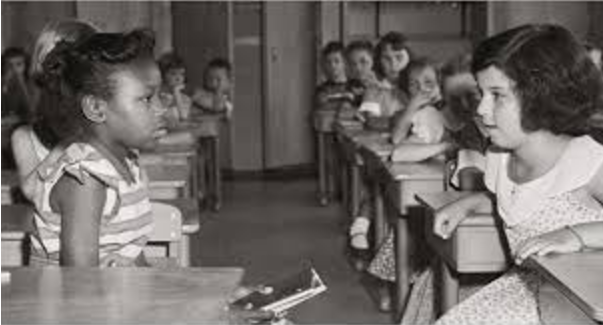 A bill has been introduced by Republicans in the Kentucky state legislature that will undo reforms made in 1975 that desegregated schools, most notably in Jefferson County which includes Louisville. Jefferson County has had a bussing system since 1975 that creates diverse student populations in all of its 155 schools.

The proposed law, House Bill 151, will effectively re-segregate all of Jefferson County’s schools along racial lines by forcing students to attend the school closest to their residence.

Even though the bill technically has nothing to do with race, its effects will be undeniably racial. It targets desegregation with laser-like precision and will send schools in Kentucky back to the pre-Civil Rights era.

Jefferson County’s anti-segregation bussing program is wildly popular, enjoying 89% support among residents. It ensures that every school contains a mixture of students from all socioeconomic backgrounds and until recently explicitly included students from racial minorities in every school.

The effects of the bussing program have been profound. It has integrated all citizens of Jefferson County, building relationships across a plethora of backgrounds. Importantly, the program has prevented ghettos from forming, concentrating minorities and poor students in failing schools.

Despite facing only three years of court ordered supervision in the wake of Brown v. Board of Education, the landmark Supreme Court case that outlawed racial segregation of schools, Jefferson County made the decision to maintain its anti-segregation bussing program and it has been running ever since.

According to Danyelle Solomon, who directs Progress 2050 and specializes in racial equity,

“This bill would have very unfortunate consequences for low-income and minority children. We do our students a disservice if we think that housing patterns and schools aren’t linked together. If this bill were to pass there would actually be segregated schools.”

This is a disgusting attempt to take a former Ku Klux Klan hotbed back more than forty years. For a party claiming “color blindness” they sure do manage to repeatedly target minorities, perpetuating a cycle of marginalization.

If you live in Kentucky, call your state representatives and let them know that you stand against school segregation. We must not back down.