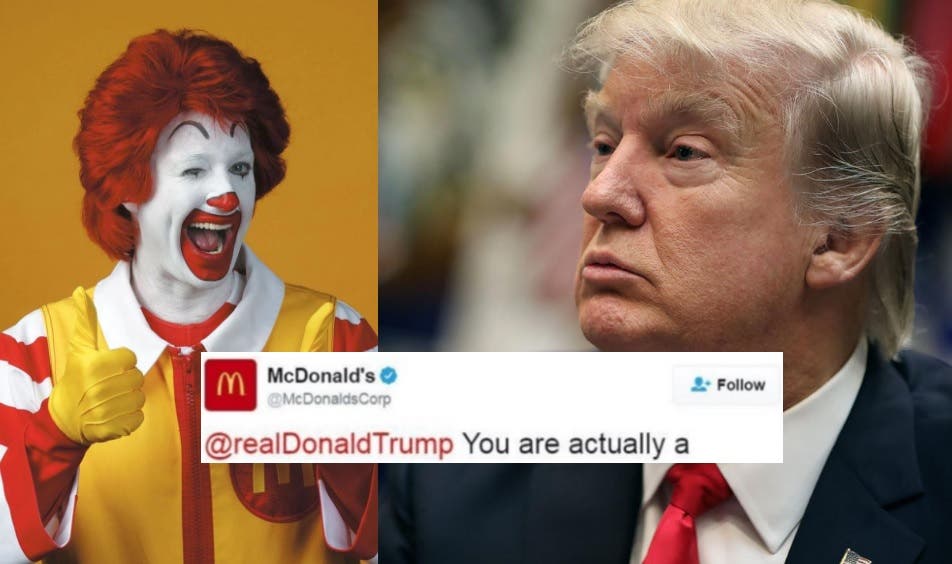 Trump Just Got Accused Of Leaking Classified Info By A House Intel. Member

This morning, some jokers hacked into the official McDonalds’ Twitter account and sent a loud and clear message to our so-called President Donald Trump that is sure to infuriate him. 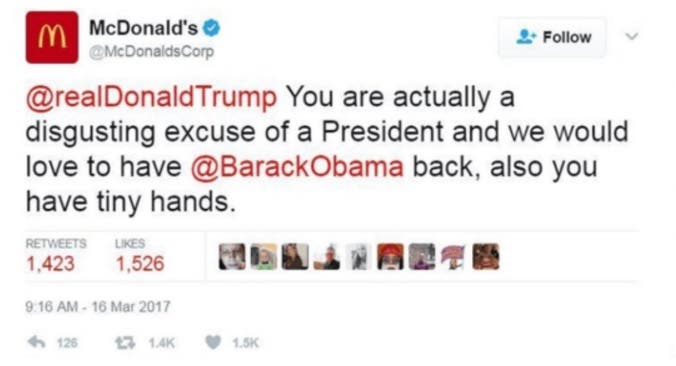 Unfortunately, the fast-food corporation quickly figured out what had happened and deleted the tweet, replacing it with an apology.

While the original tweet may not be still up, screenshots of it have taken the internet by storm.

We can’t help but agree with the sentiments the jokers wanted to share with the world. As Trump announces his plans to take a chainsaw to every government program and funnel all that money towards building a useless border wall, the absence of President Obama and his strong, regular-sized hands is felt stronger than ever.