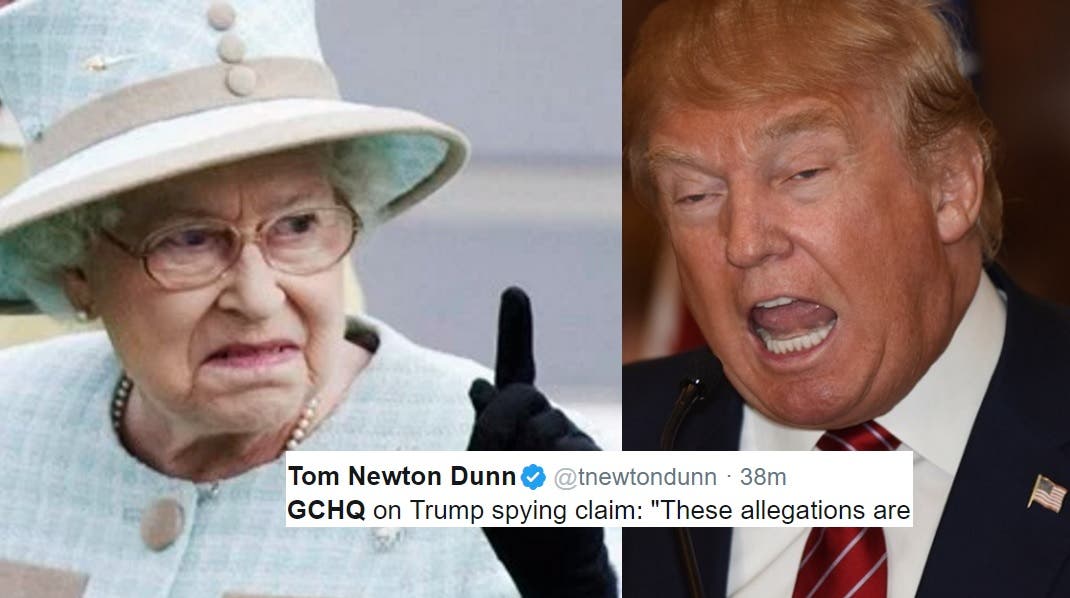 A spokesman for GCHQ wasted no time in firing back:

“Recent allegations made by media commentator Judge Andrew Napolitano about GCHQ being asked to conduct ‘wire tapping’ against the then President Elect are nonsense. They are utterly ridiculous and should be ignored.”

The world has come to expect crises to arise from nothing more than the late night Twitter ramblings of Donald Trump. In his role defending whatever nonsense comes into the President’s mind and out his thumbs, Spicer is now taking things to a new level by creating a war of words between the United States and our closest ally over a conspiracy theory that originated at a fake news website.

The United Kingdom is one of our closest allies – so close that in the event of a catastrophe, the NSA’s contingency plan is to send all of their intelligence to the GCHQ.

Despite a total lack of evidence, the Trump regime is showing no signs of backing down from this bizarre conspiracy. If they’re willing to go so far as to make an enemy of the United Kingdom to pretend the President has any semblance of credibility and to protect his ego from having to admit he was wrong, it’s hard to see when or even if they’ll ever let this insanity go.

The entire “Obama wiretap” affair began as an attempt to distract the public away from the investigations into the Trump administration’s potentially treasonous collusion with Russia. It’s clear now that he’ll stop at nothing to keep these lies going – and to shield himself from the consequences of his actions.