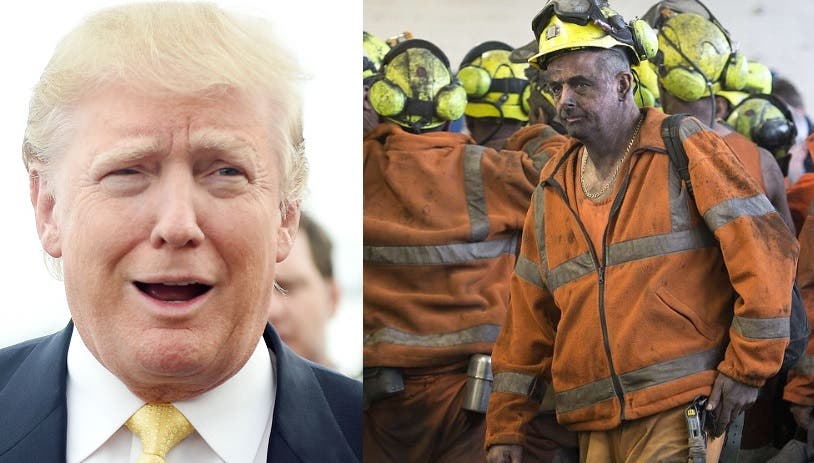 Donald Trump rode a wave of populism to the White House, propelled by his loyal fanbase in coal country, particularly in destitute Appalachia. Trump swept the region on election day, winning every single county in West Virginia.

Now, Trump is poised to betray his supporters who put all their hope in him to turn their lives and their communities around.

In the newly released budget proposal, Trump outlines a series of cuts that will target the federal programs that are essential to keeping Appalachian communities afloat. Poverty is concentrated in Appalachia, the opioid epidemic is raging, and coal mining jobs have gone away that won’t be coming back due to the availability of cheaper natural gas.

The Appalachian Regional Commission (ARC) is a federal body that was formed to tackle the particularly endemic poverty in the region and is charged with helping the people of Appalachia find ways to meet there needs. Its activities are diverse.

To top it all off, after shouting about trade taking jobs on the campaign trail, Trump’s proposed cuts to the Department of Labor are going to slash funds for former President Barack Obama’s Trade Adjustment Assistance program (TAA). Trump, buying into perverse Republican logic, wants to divert funds to the states and cross his fingers that they do something.

Trump exploited the hopes and fears of some of America’s most vulnerable communities, only to repay them be eliminating their essential programs. Appalachia has long been the home of America’s forgotten people who are left to languish while resources are diverted to less needy areas.

ARC and the TAA provided resources for Appalachians to build the futures of their own communities. Now, the forgotten people are being forgotten by the man who they thought finally noticed them.