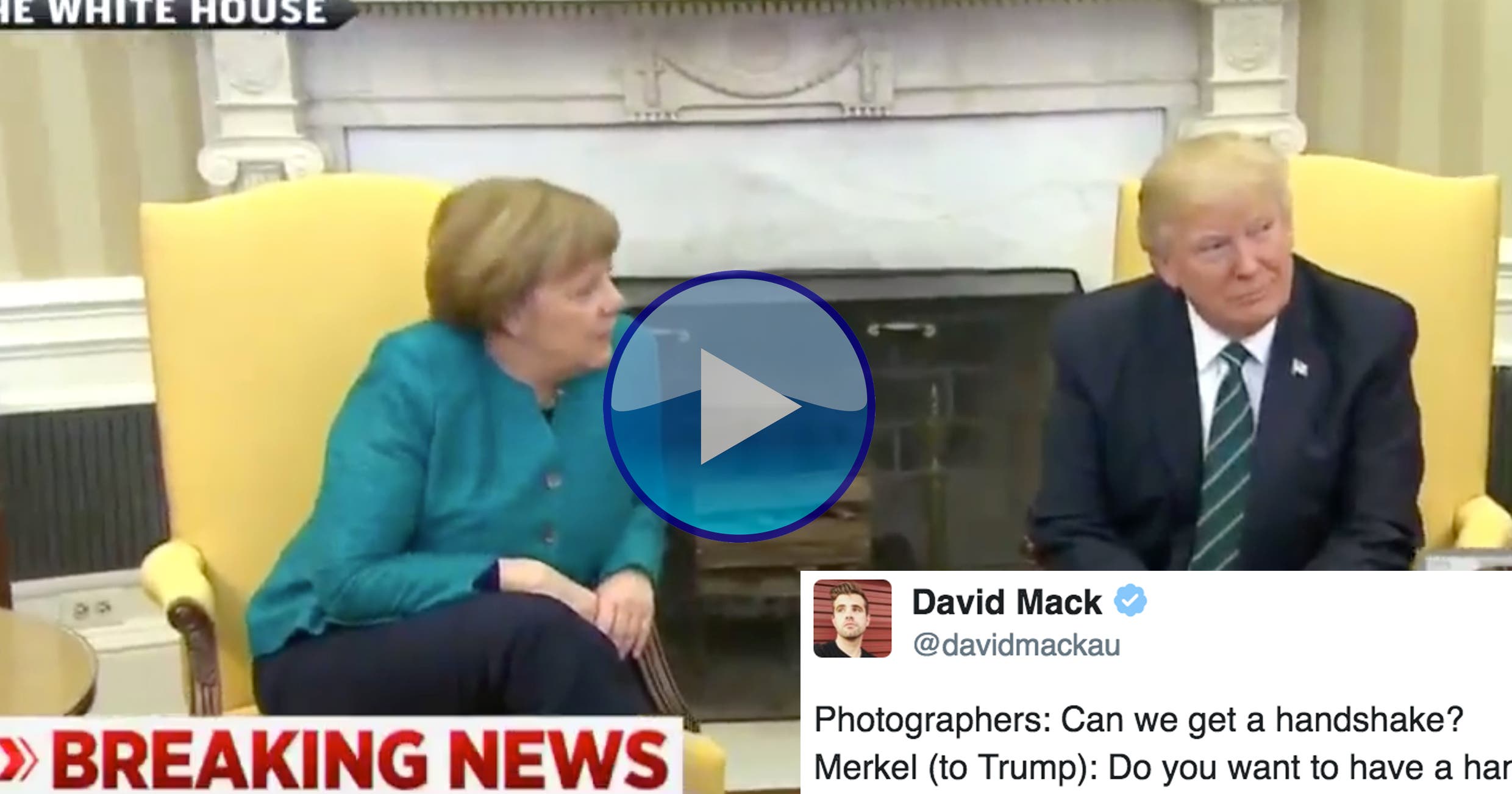 Trump Sent Email Bragging Of His Budget, But There’s A Problem…

In a White House photo-op between the two supposed leaders of the free world, Donald Trump sat coldly beside German Chancellor Angela Merkel, refusing to engage in eye contact much less pleasantries (video below). Finally, a photographer shouted out the usually unnecessary question: “Can we get a handshake?”

Merkel, leader of Europe’s biggest economy as well as a key partner in both trade and diplomatic affairs, turned to The Donald, who pretended not to hear the question. So she repeated it, “Do you want to have a handshake?”

This has far broader consequences than Trump’s usual disrespect for women (although his history of chauvinism suggests this is at a partial motivator). Publicly disrespecting a powerful ally — easily the richest and most powerful in Europe — can have devastating consequences on foreign affairs for years to come. This is an international embarrassment and the global outcry has already begun.

Now, unfortunately, we know the President of the United States needs no excuse to jeopardize international alliances. At least we can be grateful that there was one adult in theOval Office. Chancellor Merkel is unlikely to start an international incident over such pettiness.

Photographers: Can we get a handshake?
Merkel (to Trump): Do you want to have a handshake?
Trump: *no response*
Merkel: *makes awkward face* pic.twitter.com/ehgpCnWPg7