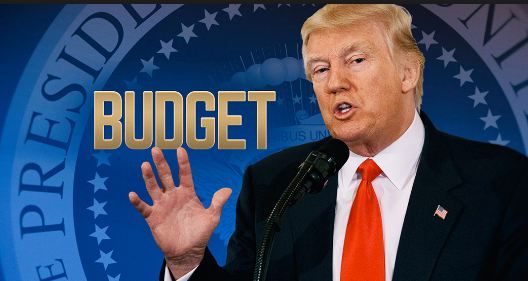 Anti-Government Republicans Are Begging Trump Not To Cut Their Handouts

There’s nothing that an autocrat loves more than overflowing praise, so it’s no surprise that Trump’s White House regularly sends out emails to the press linking to laudatory news articles.

In yet another example of the amateur hour going on in the Trump administration, it seems that the White House staff doesn’t actually read the articles that they’re sending out.

What other reason could they have to include a link to the article written by Washington Post columnist Alexandra Petri? Perhaps they suffer from a congenital inability to recognize satire when they see it?

Petri published an article titled, “Trump’s budget makes perfect sense and will fix America, and I will tell you why”. While the article starts off sounding like a serious think piece,

Some people are complaining that the budget proffered by the Trump administration, despite its wonderful macho-sounding name, is too vague and makes all sorts of cuts to needed programs in favor of increasing military spending by leaps and bounds. These people are wimps.

it quickly becomes apparent that Petri’s tongue is planted firmly in her cheek throughout the column. For example:

This budget will make America a lean, mean fighting machine with bulging, rippling muscles and not an ounce of fat. America has been weak and soft for too long. BUT HOW WILL I SURVIVE ON THIS BUDGET? you may be wondering. I AM A HUMAN CHILD, NOT A COSTLY FIGHTER JET. You may not survive, but that is because you are SOFT and WEAK, something this budget is designed to eliminate.

Petri goes on to give faux-macho reasoning for budget cuts in each of the Federal Agencies and programs that are being decimated to give more money to the already bloated military budget.

It’s almost inconceivable that a presumably educated White House Staffer could believe that any of the fake praise sprinkled throughout the column is meant to be taken seriously, but apparently lines such as these sailed right over their empty heads:

Environmental Protection Agency: We absolutely do not need this. Clean rivers and breathable air are making us SOFT and letting the Chinese and the Russians get the jump on us….

Agriculture Department: NO MORE OF THIS NAMBY-PAMBY “GATHERING” NONSENSE. We will be HUNTERS again. This is also why we are cutting the Supplemental Nutrition Program for Women, Infants and Children: Let them FIGHT for their meat or have NONE…

National Endowment for the Arts: The NEA will be destroyed and replaced with an armored helicopter with a shark painted on it.

Petri herself is thrilled that the White House saw fit to share her column. In an interview with The Daily Beast, she took aim at Trump’s constant “fake news” allegations towards mainstream media, including her own employers:

“I am honored to finally be real, true news, which is all I’ve ever striven for.”

Petri is unable to control her laughter over the fact that the only time her news is deemed “real” is when she has writtten an overtly satirical attack on the adminstration, thinly disguised as lauding Trump’s policies.

“It goes to show that as long as you confirm what the Trump White House wants to believe, you too can be cited in an email—and you can even work for the mainstream media and do it!”

Of course, there is one other possible explanation for all of this. Perhaps one of those Rogue White House Staffers who’ve taken residency on Twitter managed to slip this one by, stifling laughter all the way.