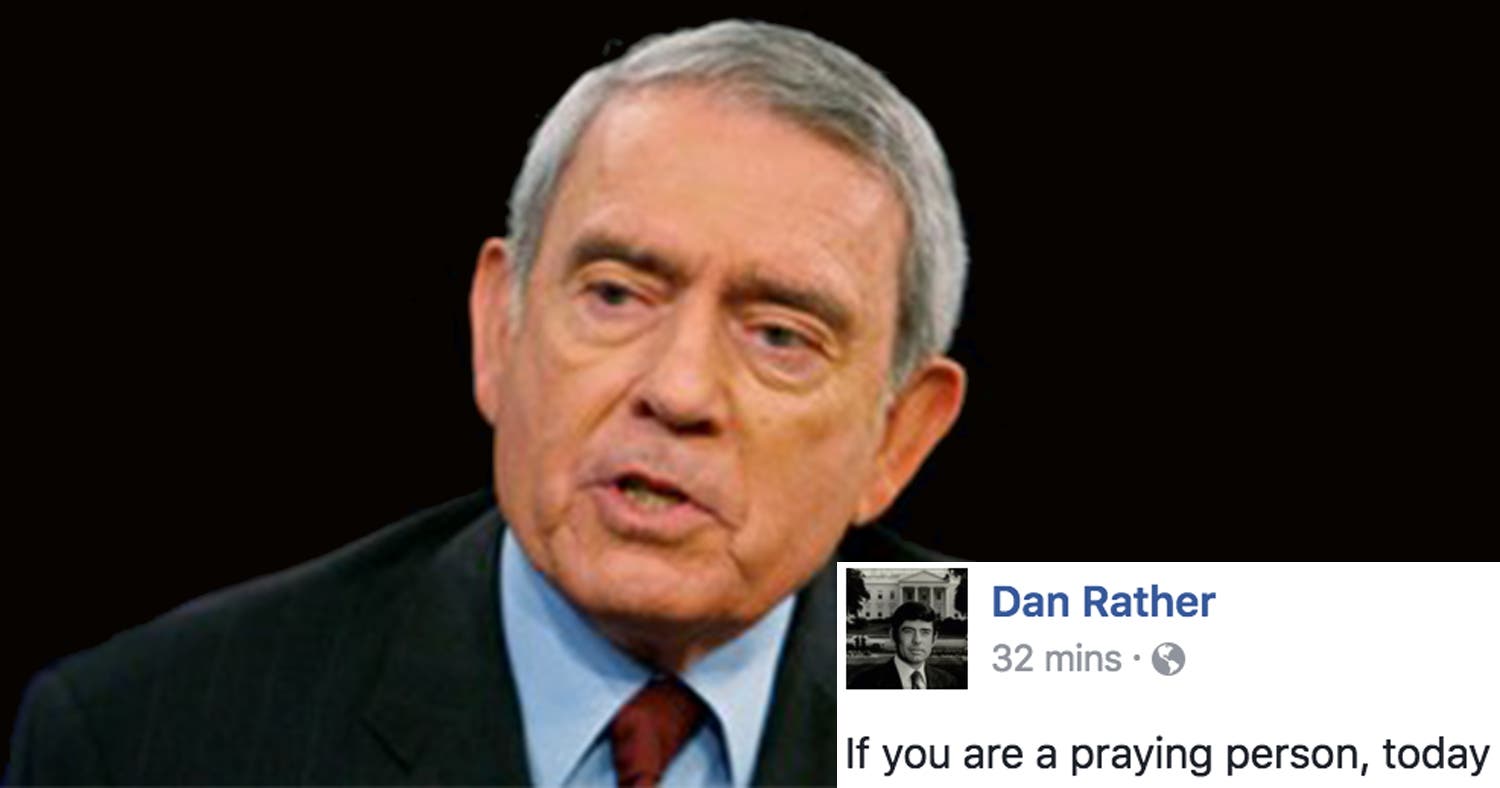 After more than a half a century reporting the news, legendary journalist, Dan Rather, has earned the right to take a break. Unfortunately, he is so concerned about the state of our country under the Trump regime, he is working overtime. Lucky for us, he continues to bring valuable insight that illuminates the true threats facing American democracy today.

Everyone should read Rather’s words about today’s hearing on Russia’s interference into the election:

“If you are a praying person, today is a day to pray for the future of your country. I have seen a lot in my decades in the press, but I have never seen a day like this. This is a stress test for our democratic institutions and one can only hope that the system of checks and balances we hold so dear, can indeed hold.

“The statements by FBI Director James Comey in testimony today about Russian interference in the 2016 election were jaw dropping. It should be also noted that both he and NSA director, Adm. Mike Rogers, categorically denied that there was any evidence to support Mr. Trump’s repeated allegations that Trump Tower was wiretapped by President Obama. That we do know. But it must be noted how much we do not know. We cannot afford to back off on investigating, fully, completely, and openly, allegations that are anathema to the spirit of our republic. But we cannot also afford to jump to conclusions. We want answers. We want to know more. That is natural. But patience will be required. It is better that this plays out in a systematic way. It is for all these reasons that I think a careful bipartisan investigation is essential.

“Mr. Trump’s poll numbers dropped before this news, to below 40 percent. A blip? A trend? We will find out. If they continue to drop, many Republicans in Congress will likely go from support for Mr. Trump to agnosticism to maybe antagonism. That’s what happened with Richard Nixon. In the meantime, it will be hard to see how President Trump will get much of his agenda through under this shadow. The power of the presidency is strong, but it is not impenetrable.

“Expect regular headlines about the Kremlin in your daily news feeds. For those of you old enough to remember the Cold War, this may seem like deja vu. But the nature of the threat is fundamentally different. In those days, there was a united front against Russian interference, overt or covert. Now there are serious and credible allegations about whether those close to Mr. Trump may have been colluding with the Kremlin. Colluding with the Kremlin, sounds like a spy novel, but it remains a big and unproven allegation. Let the facts point the way. And I hope men and women of all political faiths can rally to support the continual functioning of government in these surreal and dangerous times.”

Twitter
Instagram
February 7, 2023
Scroll To Top
PRESS ESC TO CLOSE
We use cookies to ensure that we give you the best experience on our website. If you continue to use this site we will assume that you are happy with it.Ok