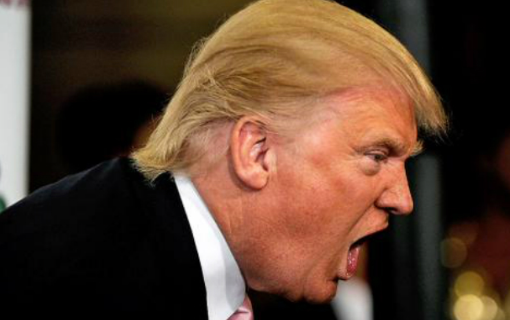 President’s Bush, Clinton, and Obama never felt a need to have spies to keep tabs on their own appointees, but Donald Trump – arguably  America’s most paranoid, politically motivated chief executive in years – is doing just that.

The Trump administration has embedded political operatives inside most of the Cabinet-level government agencies to keep tabs on the Secretaries and operations.

Officially,  they are there as liaisons with the White House, but the Washington Post revealed today that they are also there to ensure the appointees follow the administration’s agenda, that they are loyal to the President and not leaking information to the media.

“This shadow government of political appointees with the title of senior White House adviser,” reports the Washington Post, “is embedded at every Cabinet agency, with offices in or just outside the secretary’s suite.”

Among the agencies that have these political watchdogs are the Defense Department, Energy, Health and Human Services, Homeland Security, Labor, Transportation, NASA and the EPA.

They do not report to the Secretary of the department. Instead, they answer to the Office of Cabinet Affairs, which holds a weekly conference call with the advisors, who keep in regular contact with the White House.

Some the political operatives, who have the title Senor White House Advisor,  have been welcomed to attend meetings and talk to the staff. At other agencies, they have raised concerns. At the EPA, for instance, the Post reports that after the White House embed offered unsolicited advice in meetings, agency head Scott Pruitt and his staff shut him out of their conversations and gatherings.

Inside the Pentagon, where the White House plant is a former Marine officer and fighter pilot who is there to monitor Defense Secretary Jim Mattis, he is referred to as “the commissar.” That is a reference to the days of the Soviet Union when there were people embedded in military units to ensure the commanders remained loyal.

The advisors were temporary employees first placed in agencies as part of the transition, something that President Obama also did. However, well Obama quickly phased them out, under Trump, it appears they will be in place for months, and that they may become a permanent presence.

Many of the members of these “beachhead teams” worked on the Trump campaign. Others were lobbyists or associated with right wing media. None of them require Senate approval, and there has never been a public announcement of their presence or role in the government.

Their existence was first reported by Pro Publica, which obtained a list of more than 400 of the hires, out of an estimated 520 being employed.  They include, according to Pro Publica, “obscure campaign staffers, contributors to Breitbart and others who have embraced conspiracy theories, as well as dozens of Washington insiders who could be reasonably characterized as part of the ‘swamp’ Trump pledged to drain.”

“The list is striking for how many former lobbyists it contains,” reports Pro Publica “We found at least 36, spanning industries from health insurance and pharmaceuticals to construction, energy, and finance. Many of them lobbied in the same areas that are regulated by the agencies they now have joined.”

The Senate and public are unaware of their presence, but Pro Publica reports that they have gained significant influence in many agencies. Critics are calling for clarity in what they are really doing.

“Trump does not have long-standing relationships or close personal ties with most leaders in his Cabinet,” reports the Washington Post. “That’s why gauging their loyalty is so important, said officials who described the structure.”

While Trump has shown he has no confidence in the government intelligence operations, questions the FBI and has ignored the political protocols which were mainstays of past administrations, he has made being loyal to him and his policies a priority.

It is not a shock that Trump would have a shadow administration to make sure that everyone in government tows his line. If they don’t, the shadows will be positioned to replace them, to ensure Trump gets his way.