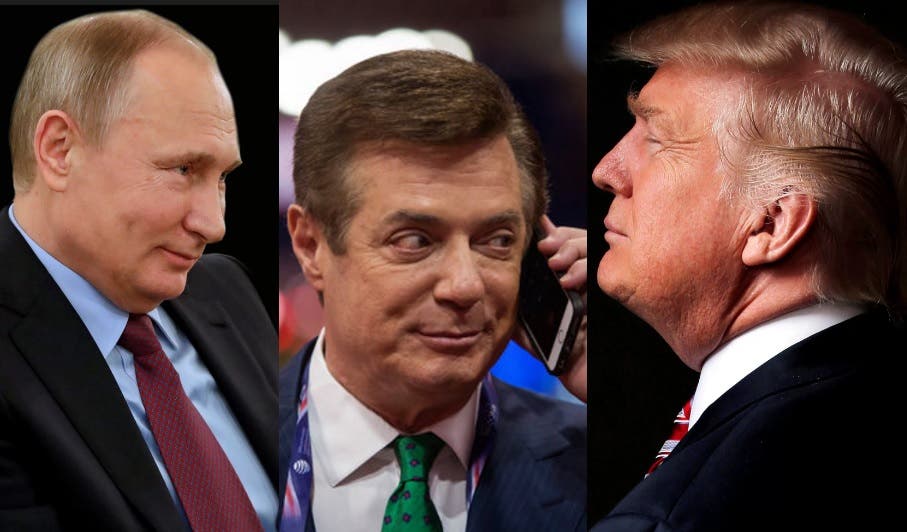 New financial documents have been released by a top Ukrainian politician and journalist that appear to show Donald Trump’s former campaign manager Paul Manafort laundering political money through offshore accounts in Belize and Kyrgyzstan. The information uncovered by Serhiy Leshchenko further muddies the waters surrounding Trump and his team’s ties to pro-Putin dictators – and to Russian dictator Vladimir Putin himself.

Manafort worked as a consultant for ousted Ukrainian dictator and Kremlin puppet Viktor Yanukovych, who fled to Vladimir Putin’s warm embrace when the country erupted in revolution against his corrupt rule in 2014. Now we have evidence that Manafort was involved in a sleazy money laundering scheme for Yanukovych’s pro-Putin political party.

Leshchenko explains that the documents he uncovered show Manafort using an account in Belize to illegally extract $750,000 from the Ukrainian state for his personal gain. He told reporters,

“I have found during this investigation that [Manafort] used offshore jurisdictions and falsified invoices to get money from the corrupt Ukrainian leader.”

When the Ukrainian revolution swept the country, Yanukovych and his cronies fled. Manafort neglected to fully clean out his office in Kiev, where Leshchenko found the forgotten documents that prove money laundering in a safe. They have Manafort’s own signature and his consulting firm’s official seal.

So what does this mean for President Trump?

Previously, it was widely believed that Manafort’s consulting connection with Yanukovych corrupted Trump’s campaign and demonstrated a disqualifying pro-Russian influence. Now, the connection is even more damning.

Manafort was able to exploit his personal relationship with Yanukovych to funnel state funds into his own account. He is officially a crony of at least one Eastern European dictator.

Now, Yanukovych is in Russia with his beloved fellow autocrat Putin, where he has been since before Trump’s presidential campaign got off the ground, and where he was when Russia was meddling in the American election.

Paul Manafort, a Yanukovych minion who now had potential access to Russian state money (just as he had access to Ukrainian state money), ran Trump’s campaign while Russia hacked the American election to help Trump win.

The conflict of interest and blatant opportunity for corruption is astounding. It is imperative for law enforcement and intelligence agencies connect the dots and bring Trump and his team to justice.