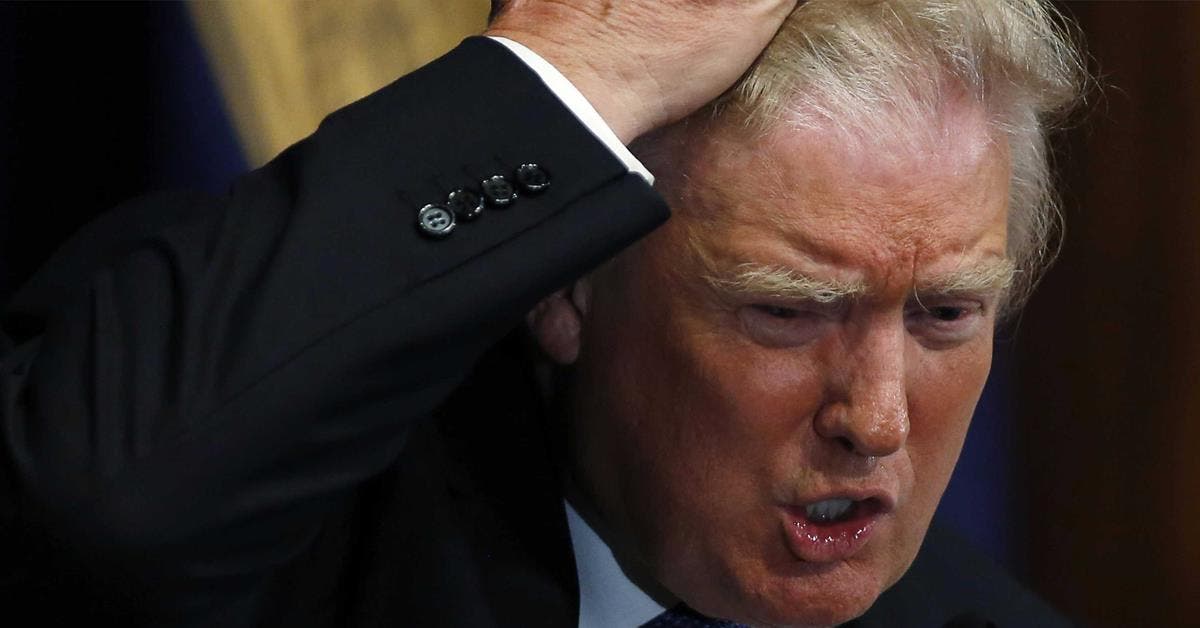 It looks like the President’s trumped-up love affair with Wall Street is over before it ever had a chance to really take root.  The Dow Jones Industrial Average posted its largest loss of the year today, bringing an abrupt end to the so-called “Trump Rally” fans of the president in the media have been touting for weeks.

The stock market sold off sharply all day Tuesday, with many market leaders of the Trump trade lagging. The Dow was down as much as 200 points, with investors snapping up bonds as fast as they could sell stocks. The Dow is up 13 percent since Election Day, but some analysts say the market has been ignoring how the stimulus and tax reform promised by Trump would be paid for.

Tourism has taken a particularly large hit, thanks in no small part to the xenophobic protectionism and restrictive travel policies pursued by the President and the GOP.   This “Trump Slump” in foreign tourism reflects how increasingly afraid people are to visit Trump’s America.

More broadly, markets have been anticipating some type of economic plan or program in Trump’s first 100 days. The Wall Street Journal reports that traders pushed the market up from already record high levels at the end of the Obama era on the expectation that Republicans would radically cut taxes or legislate some other unfair corporate welfare program to enrich the prosperous.

Over halfway through his first 100 Days, however, the White House has given no reassurances in the way of policy – and investor patience is running out fast.  According to the WSJ:

Bets that President Donald Trump would prioritize business-friendly policies led investors to pile into stocks and the dollar following the election while selling bonds. But lately, some investors and analysts have expressed concerns that popular trades are getting overbought, making them vulnerable to a sharp pullback.

The percentage of investors who think the dollar is overvalued has risen to 32%, the highest since June 2006, Bank of America Merrill Lynch said in a report Tuesday. And about a third of investors think equities are overvalued—the highest rate in 17 years, BAML said.

“Some of the things folks are betting on have had a huge run—it’s a crowded trade,” said R.J. Grant, director of equity trading at KBW Inc. “Now we need to see more of these assumptions coming true, like regulations and taxes.”

CNBC began reporting that the so-called Trump-fueled market enthusiasm was misplaced as early as February 1st – just over a week after inauguration day.  Who knows how the market will react when actual legislation pushed by the President gets defeated in congress – as his embattled Obamacare repeal effort looks set to do.

Failure to deliver meaningful healthcare reform that Americans actually want would make Wall Street very nervous about his ability to deliver the tax and regulation reform he promised them.

What is certain is that the Trump regime’s protectionist air travel policies, designed to help a few GOP special interests by politicizing security policy, are just the latest in a series of bad ideas guaranteed to harm America’s real economy.

One has to wonder if the President and his economic advisors have a plan at all for the economy.  Sadly, Wall Street may only be the first casualty of whatever Trumponomics turns out to be.