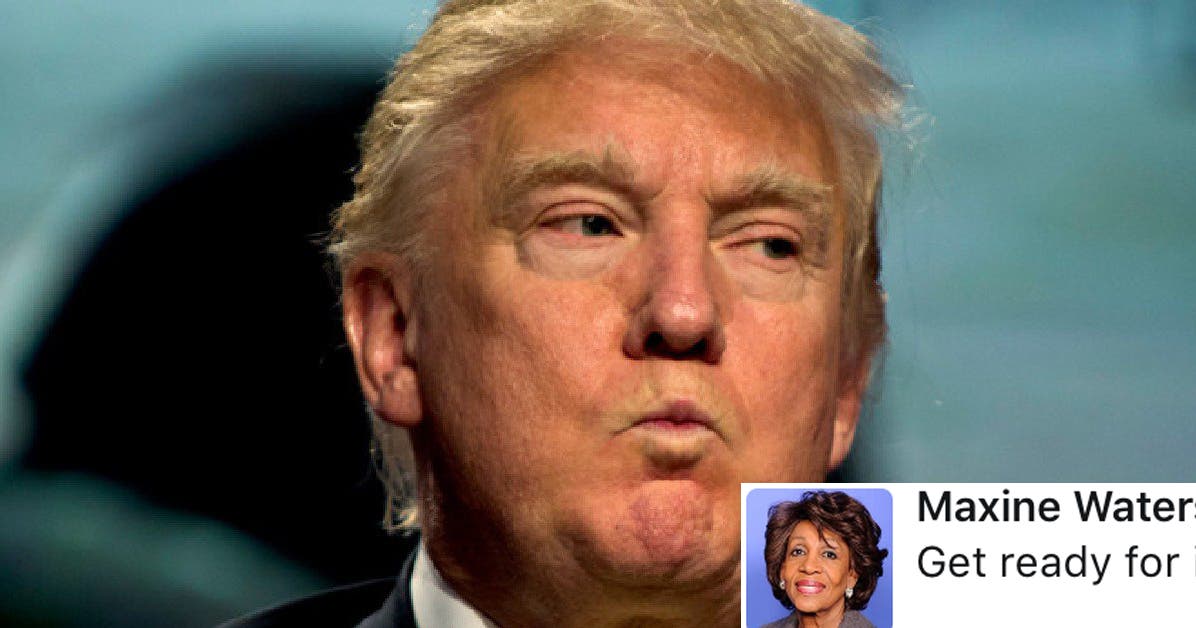 From the moment, Donald Trump was sworn in as President of the United States, his business holdings in D.C. and overseas put him in violation of the Constitution’s emoluments clause. Since then, new evidence has surfaced (almost daily) tying the Trump campaign to Russia’s meddling in the 2016 Election, and yesterday, Director James Comey confirmed that the FBI had launched a criminal investigation into the President and his allies.

Today, Representative Maxine Waters (D-CA), the ranking member of the House Committee on Financial Services, signaled that the House of Representatives had seen all it needed to see. She summed up her feelings in one simple tweet:

Get ready for impeachment.

The tweet comes just four days after Senator Diane Feinstein (D-CA), ranking member of the Senate Judiciary Committee, indicated that impeachment is not far off.

Never in the history of the United States has so much corruption flooded into the executive branch in such a short amount of time. Just 61 days into this presidency, this regime is already beyond the point of implosion. All that remains is to put a stop to the damage and begin cleaning up the mess.

If Congresswoman Waters is right, that process is about to begin.