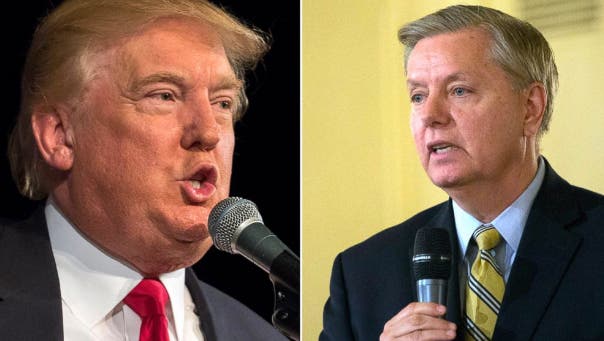 Graham, a member of the Senate Judiciary Committee, was one of the few Republican Senators willing to condemn Trump for his campaign speeches in which he openly advocated for the use of torture against suspected terrorists:

“I mean, torture is real torture, OK? Waterboarding is — I’m sure it’s not pleasant, but waterboarding was just short of torture. When — you know, all of a sudden, they made it torture.”

Senator Graham, along with his close friend and former POW, Senator John McCain (R-AZ), denounced then-candidate Trump at the time he made that statement, knowing full well that waterboarding was declared illegal in two separate treaties ratified by the Senate, the Geneva Convention and the Convention Against Torture, as well as the federal War Crimes Act.

With this in mind, Graham interrogated Gorsuch during the hearings to get his views on the legality of the heinous practice:

“You have said several times he is not above the law. So if we have laws on the book that prevent waterboarding — do you agree with me that the Detainee Treatment Act prevents waterboarding?”

Gorsuch had no problem interpreting the clear intent of the Senate’s language in this case. He immediately agreed that the existing laws forbid waterboarding in any form.

Graham was quick to use this opportunity to warn the President against any attempts at fulfilling this campaign promise:

“In case President Trump is watching … if you start waterboarding, you may be impeached.”

Gorsuch immediately acknowledged as much, replying:

“Senator, the impeachment power belongs to this body.” He added, “No man is above the law.”

It’s good that at least a few people in Washington realize that fact, even if it’s surprising that a member of his own party is sending such a sharp warning to Trump. That anyone could call for a return to this barbaric practice demonstrates just how morally bankrupt this administration truly is.

You can watch the questioning here: