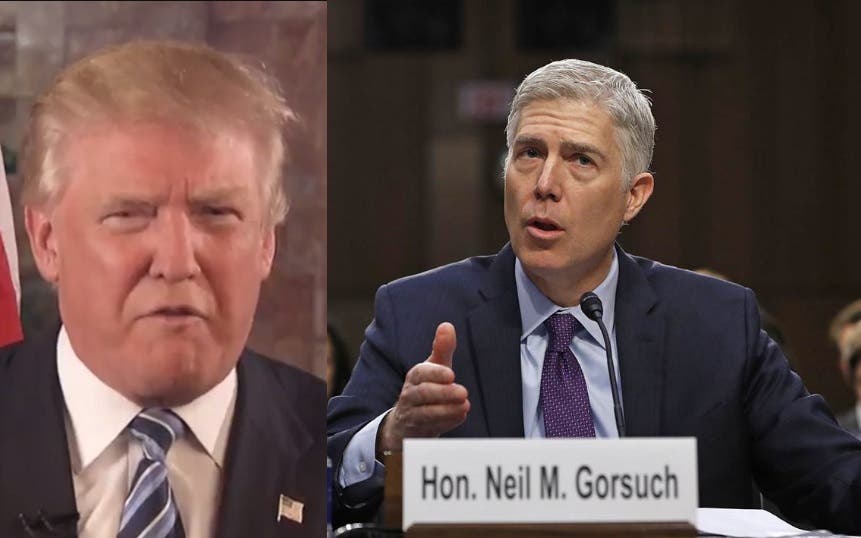 Last year, the Republican Party shamefully abandoned their constitutional duty in their efforts to obstruct President Obama at every turn.

Declaring that it would be improper to allow Obama to nominate a justice to replace the recently deceased Antonin Scalia since he was in the final year of his second term, Senate Majority Leader Mitch McConnell (R-KY) refused to even meet with nominee Merrick Garland, let alone hold a hearing.

Now, Democrats are gearing up to mount a similar campaign against President Trump’s nominee Neil Gorsuch – but they actually have legitimate grounds for their obstruction.

On the Senate floor today, Senate Minority Leader Chuck Schumer (D-NY) declared that it would be improper for the Senate to confirm the nominee of a President currently under investigation by the FBI for potentially treasonous connections to hostile foreign powers.

Schumer: It is unseemly to be moving forward on #SCOTUS nominee with cloud of FBI investigation hanging over @POTUS

RT if you agree pic.twitter.com/ib4DETV3Ma

He was joined in his call for obstruction by Democratic National Committee Chairman Tom Perez and middle-class champion Senator Elizabeth Warren (D-MA):

The Senate should hold off on any action on this lifetime appointment until the FBI investigation into Trump's Russia connections concludes.

With this nominee, we need to afford @realDonaldTrump the same courtesy Mitch McConnell afforded Barack Obama – no courtesy at all.

Yesterday, the Director of the Federal Bureau of Investigation confirmed that President Trump and his inner circle are the subject of an ongoing investigation aiming to determine if he was working in collusion with agents of the Russian Federation to tilt the election in his favor.

Since Republicans argued that we couldn’t confirm Merrick Garland because it was President Obama’s last term, it logically follows that we can’t confirm Neil Gorsuch either, because Trump’s first term is hopefully coming to a very abrupt end.

Democratic obstruction is critical to the preservation of our nation as we know it. It will come as no surprise that Neil Gorsuch is an avowed enemy of same-sex marriage, LGBTQ rights, and a woman’s right to choose whether or not to carry a pregnancy to term.

From his record, it’s clear will choose corporate greed over the needs of American worker every chance he gets and do nothing to halt the tsunami of dirty corporate dollars flooding our elections and undermining the integrity of our Democratic system. He’s a dangerous ideologue like all the rest of the religious neoconservative extremists that make up the Republican Party these days.

We must treat Trump with the same respect that Republicans showed President Obama. No more going high when they go low. It is not hyperbole when it is said that the future of the Republic lies in the hands of the resistance.