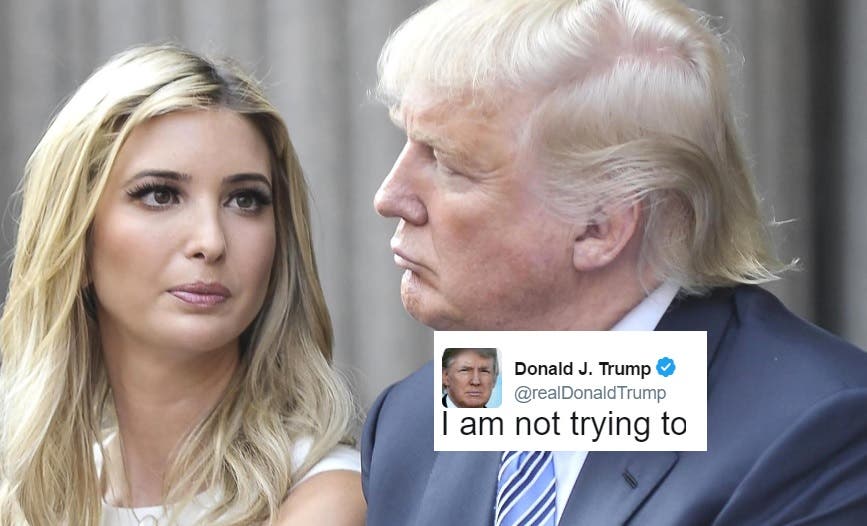 President Trump’s mendacity is legendary at this point. While we’re well aware that lying to the public and casually breaking his promises comes as easily as breathing to him, it is really astonishing to see the utter lack of shame he has when it comes to getting what he wants.

One of his most recent acts was to install his beloved First Daughter Ivanka Trump in a cushy West Wing office and to begin the process of getting her a top-secret security clearance, even though candidate Trump once promised that he wouldn’t do that exact thing.

I am not trying to get "top level security clearance" for my children. This was a typically false news story.

Of course, Trump has also promised that he would divest himself of his businesses and place them in a blind trust that would be managed by his children, who he promised not to talk business with, among the other dozens of promises he made to the American people and broke almost immediately.

The Trump administration’s flagrant disregard for anything even resembling ethical behavior is proof that our President is a liar and a con man down to his very bones.

It’s hard to understand why anyone can take anything that the President of the United States says seriously when he can’t be trusted to follow through on the most pedestrian of promises. The installation of his daughter in the West Wing is just another step in our slow slide from the world’s most prominent democracy to a banana republic run by an unhinged lunatic.