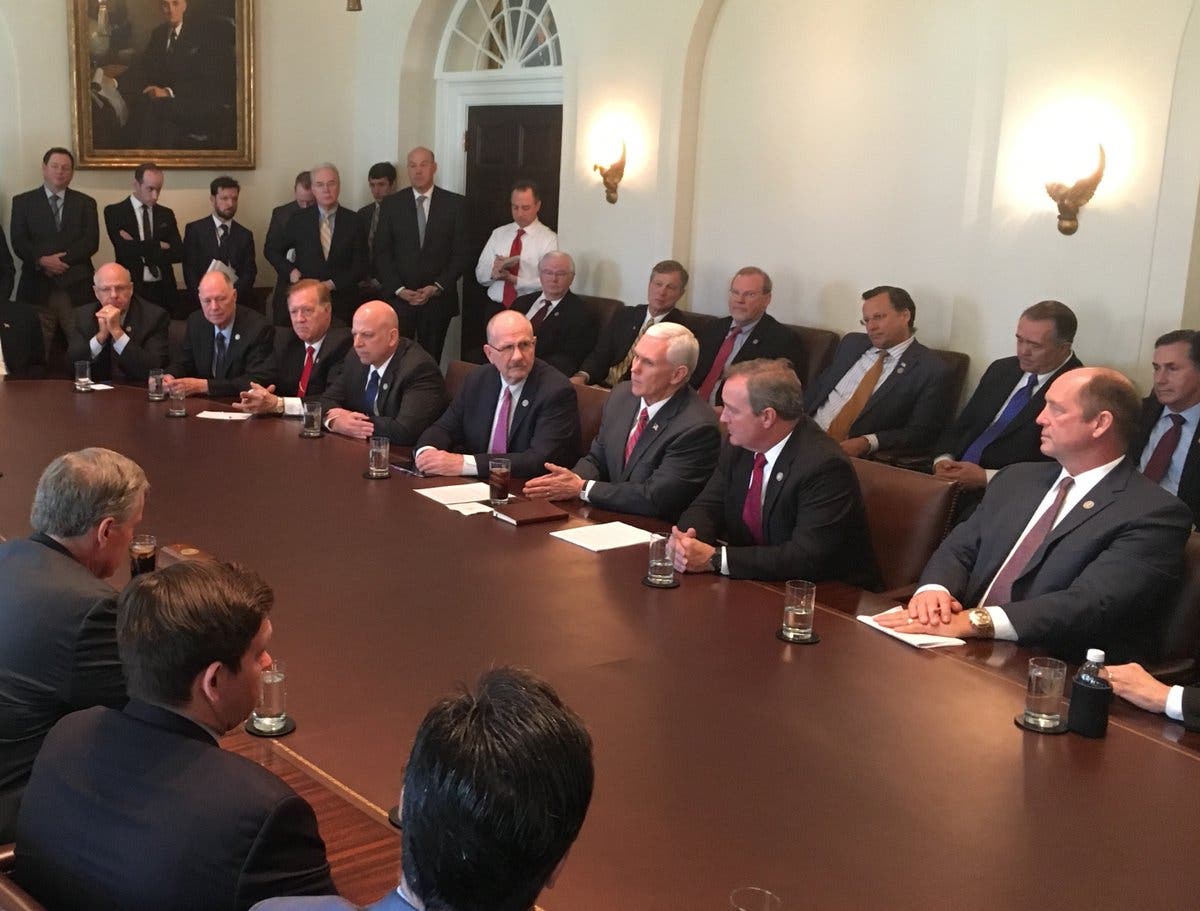 Mike Pence and the conservative House Freedom Caucus met today to determine the fate of women’s health care. There’s just one problem. The Freedom Caucus is composed of all men and their ideas are a terrible leap back for women’s health, especially given the fact that Obamacare just leveled the playing field for women for the first time.

Pence even took to Twitter to brag about the meeting on Twitter, but it backfired bigtime as the photo he posted is speaking volumes — and going viral:

Appreciated joining @POTUS for meeting with the Freedom Caucus again today. This is it. #PassTheBill pic.twitter.com/XG6lQIy5a6

Before Obamacare, women were charged twice as much as men for insurance their premiums. Adding insult to injury, they also received far fewer health benefits.

For example, Viagra was fully covered for men, but essential birth control for women was not. Maybe, this is what happens when men are making all the decisions? For these Republican men, it appears to be the ideal.

With the Obamacare repeal conservatives are baking up, the price of premiums for women could rapidly double to right back where they were before. Women would pay far more and get far less.

According to Minority Leader Nancy Pelosi (D-CA), the Republican health care bill would end up, “making being a woman a pre-existing condition.” Freedom Caucus members want to make the bill even worse by slashing Obamacare’s requirement that insurance cover maternity care. Their goal is for all pregnancy coverage requirements to be gone. Not only are they working this out in a room full of male lawyers, they are also bragging about it.

Before Obamacare, insurance companies could refuse to offer a woman insurance if she was pregnant, or would possibly be pregnant in the future. With Obamacare, insurance must cover maternity care and childbirth – all care is covered before and after a child is born. If the Freedom Caucus and Republican party has it’s way — that’s gone.

Pregnancy coverage and access to health care benefits women, children, the men in the relationship, and society at large. As families take on the challenge of raising the next generation why would Republicans make it harder? Why increase the likelihood that children be born with preventable problems, while at the same time axing assistance to people with disabilities?

These men prefer to cut sex education, promote abstinance only approaches which don’t work, and base their political careers on crafting anti-abortion laws. It doesn’t take a genius to realize that these are all in grave conflict with each other.

Republicans attack a woman’s reproductive rights from every angle. Now, they’re going even further by attacking the very health care plans that facilitate healthy childbirths. Even worse, as Mike Pence’s unfortunate photo tweet proves, they’re actually quite proud of themselves.