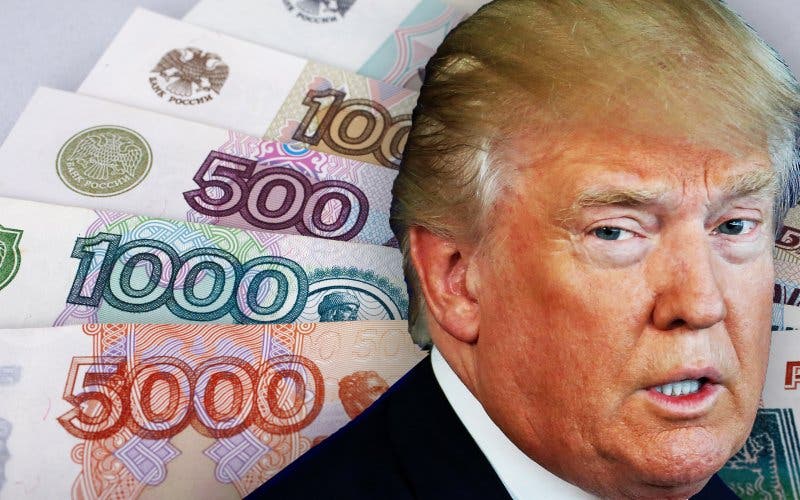 There’s an old adage in complex investigations: follow the money.

That’s what the Associated Press has done in the case of former Trump campaign manager Paul Manafort’s missing Russian millions – and they appear to have uncovered a devastating money trail from Putin-associated oligarchs right into the President’s inner circle.

“U.S. Treasury agents in recent months obtained information connected to Manafort’s transactions from authorities [in Cyprus], according to a person familiar with the matter who was not authorized to speak publicly. The request was part of a federal anti-corruption probe into Manafort’s work in Eastern Europe.”

This comes on the heels of an AP report earlier this week exposing Manafort’s off-the-books work for a Russian billionaire with close ties to Vladimir Purtin in the years before he joined the Trump campaign.

“Manafort [conducted] secret work for a Russian billionaire Oleg Deripaska to advance the interests of Russian President Vladimir Putin a decade ago.  Manafort does not dispute working for Deripaska, but said he had represented him only in personal and business matters.”

In its follow-up report today, the AP revealed that they’ve traced at least some of the money Manafort was paid by this Kremlin-connected oligarch to the Bank of Cyprus, the largest bank in the Mediterranean island nation.

“As part of their investigation, U.S. officials were expected to look into millions of dollars’ worth of wire transfers to Manafort.  In one case, the AP found that a Manafort-linked company received a $1 million payment in October 2009 from a mysterious firm through the Bank of Cyprus.”

Cyprus has long been the banking destination of choice for Russian  kleptocrats.  Its notorious banks – less transparent and regulated than those of Switzerland or other Western banking havens – have facilitated Russia’s industrial scale money laundering of ill-gotten rubles for decades.

So it’s not all that surprising that Paul Manafort would have to deal with a Cypriot bank to receive payment from his Russian billionaire client.  Nor was it illegal or illicit, in-and-of-itself.

But the Bank of Cyprus is significant because of its connections with leading figures in the inner circles of both Vladimir Putin and Donald Trump.

The largest shareholders at the Bank of Cyprus are known associates of the Russian dictator.  One of them, Dmitry Rybolovlev, also has a direct connection to Donald Trump.  He entered into a real estate deal with Trump in 2008 to purchase one of the President’s Florida properties for close to $100 million – nearly $60 million over what Trump paid for it just a couple of years prior.

But the links don’t stop there.  Current Trump-appointed U.S. Commerce Secretary Wilbur Ross, a long-time player in international finance circles, was named to the Bank of Cyprus Board of Directors in 2014.  Ross was serving as the Vice Chairman of the Board of the Bank of Cyprus at the time Trump tapped him for the cabinet post, and the bank’s website still lists Secretary Ross as its Vice Chairman.

AP doesn’t link Secretary Ross to Manafort directly, but the U.S. Treasury is clearly interested in the bank Ross led, and its function as an apparent go-between for Manafort and his former Russian oligarch employer.

This is a crucial point, because, according to AP, “…the White House said Trump had not been aware of Manafort’s work on behalf of Deripaska, the close Putin ally with whom Manafort signed a $10 million annual contract beginning in 2006.”

White House Press Secretary Sean Spicer went further.  Asked to elaborate on the Manafort revelations, he glibly told AP: “The president was not aware of Paul [Manafort’s] clients from the last decade.  What else don’t we know? I mean, where he went to school, what grades he got, who he played with in the sandbox?”

Clearly, something doesn’t add up.  Multiple statements have been made by the President, and those who speak for him, that can’t all be true.

As federal investigators continue to establish and substantiate links between Trump’s closest current and former associates and Putin-connected kleptocrats – and their money – the true nature of the President’s Russian relationship will soon be revealed.