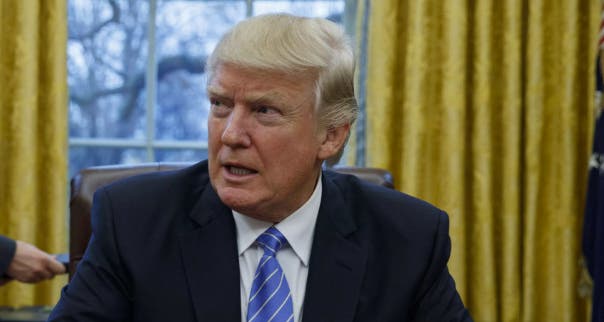 Trump has been desperately trying all week to save the disastrous Republican plan to replace Obamacare. Now it appears that he has violated federal law in his eagerness to raise insurance premiums, reduce the quality of coverage, and strip health care from 24 million people.

As part of Trump’s efforts to convince Congressional members of the so-called Freedom Caucus to support the bill, his social Media Director Dan Scavino Jr. tweeted a message today encouraging the President’s followers to call Congress to press their representative to pass it.  Within a few hours, suspiciously similar tweets were sent out from both Trump’s personal twitter feed and the official White House account.

Therein lies the problem. Any use of federal money to directly lobby Congress either in favor of or against a bill violates federal statute 18 U.S.C. § 1913, a law that’s been on the books since the late-1940’s.

White House press Secretary Sean Spicer was confronted with the charges of impropriety at his afternoon press briefing and repeated his usual canard that these laws simply do not apply to the President. Asked if the White House was worried about violating anti-lobbying statutes, Spicer replied:

According to ThinkProgress, the Project for Government Oversight strongly disagrees. Scott Amey, general counsel of the government accountability organization, told them:

“Based on the letter of the law, the lobbying provision would apply to the White House and any White House official. Any lobbying for the health care bill violates that ban.”

With a clear call for voters to contact Congress and convince them to pass the heinous American Health Care Act, the tweets demonstrably violate the law as interpreted by the Government Accountability Office in the prior cases where it’s been applied.

While the Trump Administration can try to claim that the law only applies to agencies, not individual government employees, the law’s intent is quite apparent. The White House has tried to use that excuse in the past to argue that the ethical lapses by other Trump officials, like Kellyanne Conway’s free commercial for Ivanka Trump’s product line, weren’t actual violations of federal law.

The persistent message that Trump is sending is that he regards himself and his administration as above the confines of the law. As Scott Amey so eloquently put it:

“Once again, we see the White House crossing ethics lines that should alarm the public. This administration just keeps making missteps, which might have been okay in the private sector, but not when we’re talking about the integrity of the federal government.”

If only we had a Justice Department with the guts to go after a conviction for these blatant transgressions of the law.