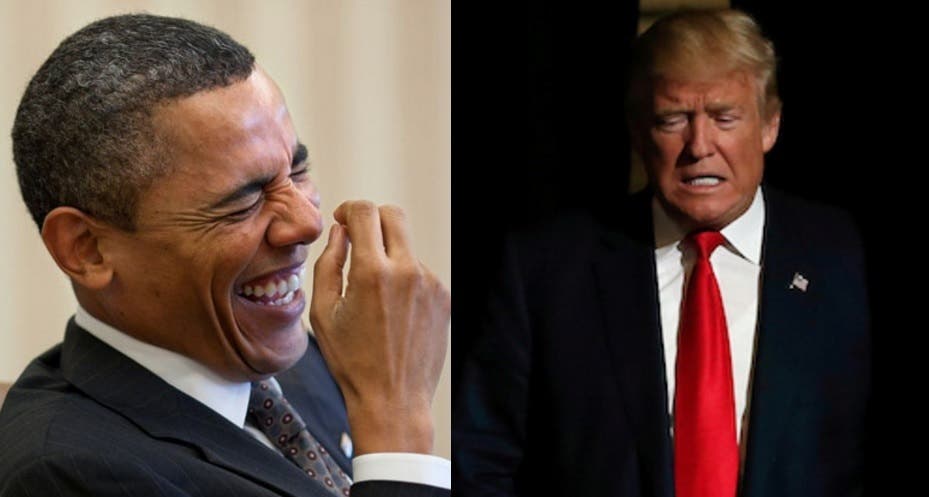 Earlier today, President Trump and Stephen Bannon stormed into the House of Representatives to meet with the rogue members of the House Freedom Caucus in a desperate eleventh-hour attempt to rewrite the Trumpcare bill to suit their appalling demands, like a group of schoolkids the night before the project is due.

But Trump has failed. POLITICO just reported that the House Freedom Caucus, which controls 29 seats, has officially refused to support the Trumpcare bill. Trump and Ryan can only afford 22 defections, which effectively kills the bill where it stands.

The “Freedom” caucus, a group of nihilistic conservative hard-line extremists, refuses to support the ACA replacement because it doesn’t deprive Americans of enough healthcare options, which they believe should each be individually sold at a tidy profit.

Trump and Paul Ryan tried to get them on board by promising to repeal Obamacare’s “essential benefits” – the requirement that insurance plans cover basic things like ambulance services, emergency services, hospitalization, mental health, pregnancy care, prescription drugs, lab services, pediatric care for children… basically everything you would expect health insurance to cover.

But the removal of literally everything except the most basic of healthcare services from health insurance plans wasn’t enough for the House Freedom Caucus, who also wanted a repeal of Obamacare’s regulations protecting those with preexisting conditions and allowing children to stay on their parents’ plans until they are 26.

Knowing that they would then lose the moderate Republicans if they caved to the extremists, Paul Ryan and Trump were forced to admit defeat.

On top of that, it appears that there are enough moderate votes to defeat the bill without the Freedom Caucus at all.

It is enormously satisfying to see these incompetent ideologues tear each other down and sabotage their own legislation, too blinded off a high of voodoo economics and their own iconoclastic stubbornness to get their act together.

This vote was supposed to be their crowning moment. Today is the 7th anniversary of President Obama signing the Affordable Care Act. Paul Ryan and the House Republicans have been salivating for this moment for seven years – but when they finally had everything they wanted, the fools couldn’t get out of their own way long enough to make it happen.

President Trump’s first big test and the Republican Party’s unifying dream over the past seven years has just been sabotaged by their own people. The irony is just delicious.