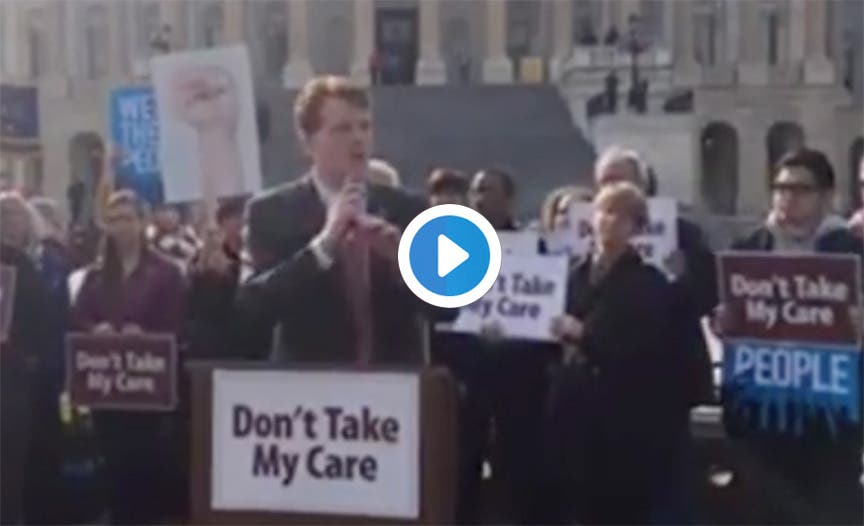 While social media was exploding with Liberals trolling Trump and the GOP for their epic Trumpcare fail, one Democratic congressman took time to issue a serious assessment of the situation.

In the struggle to ensure healthcare is a right afforded to all Americans, Rep. Joseph Kennedy III (D-MA) channeled the Kennedys of years past when he reminded us today that:

‘This fight is not over…There are still hundreds and thousands and millions of Americans out there that need access to affordable, quality care everywhere for their loved ones. Yes, we had a victory today, but this does not end when you pull a bill. This ends when every single American can wake up in the morning…knowing that our society is there for them…Because I know, uniquely in healthcare, that there will be some point in my life when I will need to draw on that very same safety net that I hope is there for you. And I hope that you are willing to make that same investment in me.

‘That is what this fight is about, not about actuaries and spreadsheets and numbers, but about the commitment that we make to each other that goes to the very heart of what I believe this nation great, the promise we make to our neighbors and our friends. We had an incredible day today because of the thousands of people who stood up over the past several weeks and told their members that this was a bad bill. It was going to hurt people. And today, America, we won. And tomorrow, we fight on.’

The great-nephew of President John F. Kennedy and grandson of Bobby Kennedy gave his poignant and timely remarks at an impromptu press conference in front of the steps of the Capitol.

Keep it up, Congressman, and there may be another Kennedy in the White House soon.

You can see his full speech below: