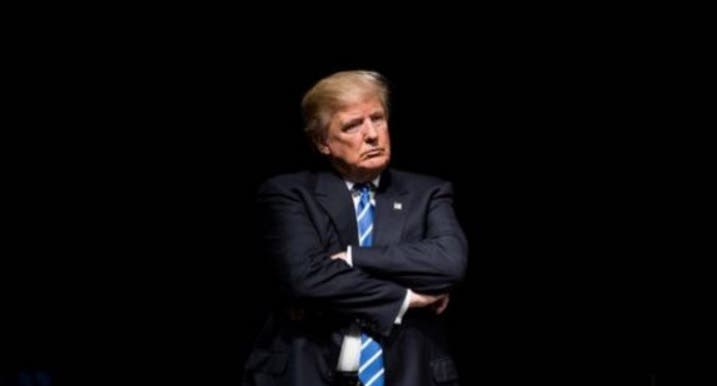 The walls are slowly crumbling around President Donald Trump and his house of lies. During this morning’s press conference, Chairman of the House Intelligence Committee Rep. Devin Nunes (R-CA) announced that the legal counsel for Paul Manafort informed him that his client has volunteered to testify in front of the committee.

Paul Manafort is Trump’s former campaign manager who is widely suspected of being Russian dictator Vladimir Putin’s man on the inside of the Trump team.

This is a strong indication that Manafort knows he will eventually be found guilty and is ready to talk in exchange for a lesser punishment.

Manafort was promoted to Trump’s presidential campaign manager in April 2016 and resigned in August after it was discovered that Manafort received some $12.7 million dollars for his lobbying work for Ukrainian dictator and Putinist puppet Viktor Yanukovych, who was deposed in the 2014 Euromaidan protests.

It has recently been discovered that Manafort had signed a multiyear contract with close Putin ally and Russian oligarch Oleg Deripaska to “advance the interests of Russian President Vladimir Putin.”

Getting a pro-Russian puppet elected to the Presidency of the United States – like Manafort did with Yanukovych in Ukraine – would definitely be “advancing the interests” of Vladimir Putin.

If that puppet is also being actively blackmailed by agents of the Russian Federation, as a former British Mi6 agent’s report alleges, it would be one of the greatest coups Russia has ever pulled off.

The White House is quickly trying to distance themselves from Manafort, and now it’s easy to see why. Press Secretary Sean Spicer recently denied all knowledge of Manafort’s past activities, saying that “The president was not aware of Paul’s clients from the last decade. What else don’t we know? I mean, where he went to school, what grades he got, who he played with in the sandbox?”

This weak excuse was followed up with Spicer trying to downplay Manafort’s role in the campaign, because he was “someone who played a very limited role for a very limited amount of time,” which is ridiculous because Spicer himself said in June that “Paul’s in charge…I think there is a really strong organizational structure that Paul Manafort is leading to make sure that everyone knows their job and everyone knows who they’re reporting to.”

Hopefully, Paul Manafort’s instinct for self-preservation will be the keystone we need to bring the whole structure down. Justice demands that Trump and his Republican enablers pay the price for their treason.