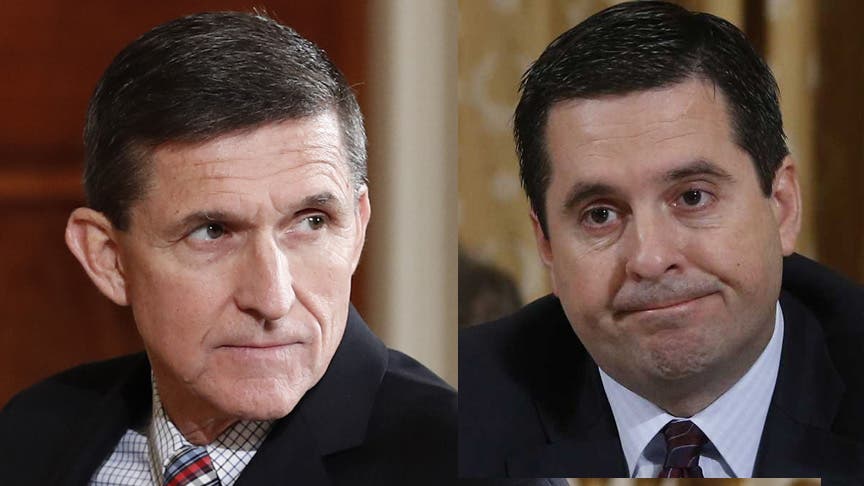 If anyone had a worse week than President Donald Trump, it was Congressman Devin Nunes (R-CA), Chairman of the House Intelligence Committee and former member of Trump’s transition team.

He awoke Monday anticipating that the first public hearings into Russia’s meddling in the 2016 presidential election would uphold his committee’s long established reputation for bi-partisan cooperation and paint him as a defender of the search for the truth.

If Rep. Nunes did his job well, his efforts might even improve the President’s standing on this issue, or at least stop the self-inflicted bleeding he’s caused.

By the time he went to bed Friday, his committee’s reputation was in tatters, the links between the President’s associates and Russia looked more plausible – not less – and Nunes’ own credibility was swirling in the toilette.

And just when he thought his week couldn’t get any worse: Nunes has now been linked to a scandal involving disgraced former National Security Advisor Michael Flynn, who was asked to resign by President Trump – ostensibly for lying to Vice President Mike Pence.

Rep. Nunes served on the Trump transition team with Flynn, and he was one of the former General’s staunchest defenders before his downfall.  Even after it was learned that Flynn did in fact speak with the Russian Ambassador about reversing Obama-imposed sanctions, despite previous denials by him and the White House, Nunes told Bloomberg, “It just seems like there’s a lot of nothing there.”

“…Washington, D.C. can be a rough town for honorable people, and Flynn—who has always been a soldier, not a politician—deserves America’s gratitude and respect for dedicating so much of his life to strengthening our national security. I thank him for his many years of distinguished service.”

Among the many potentially treasonous activities Flynn is being investigated for is his previously undisclosed work conducted on behalf of the Turkish government while a member of the campaign, and later as a key member of the the transition team with Nunes.  Flynn was paid over $500,000 by groups linked to Turkey’s government, reports show.

What went overlooked for months was that Rep. Nunes appears to have ridden shotgun with Flynn on at least one of his meetings with Turkish officials during the transition.

The meeting marks a first direct reachout between the President Recep Tayyip Erdoğan administration and the incoming Donald Trump administration, other than a phone call between two leaders last November.

This meeting –  which appears to have been a routine, on-the-books meeting between the Trump transition team and an official foreign delegation – didn’t raise any alarm bells at the time because Michale Flynn hadn’t yet disclosed publicly that he was a paid agent of the Turkish government.

And while no evidence has yet emerged suggesting anyone on the transition team knew of Flynn’s financial ties to Turkey, a lawyer for Flynn claims that, “…he told the Trump transition team before President Trump took office that Flynn might have to register as a foreign agent because of his work for a Turkish client.”

Knowing what we know now, however – and given the central role Rep. Nunes is playing in the ongoing investigations into connections between Trump’s campaign and transition teams and another foreign government, namely Russia – questions about what Rep. Nunes knew regarding Flynn’s involvement with Turkey are suddenly relevant.

This meeting Rep. Nunes attended with Flynn is all the more urgent because, according to Ex-CIA Director James Woolsey, Flynn was being paid by Turkey, at least in part, to facilitate the return of Fethullah Gülen, a key adversary of Turkish President Erdoğan, to Turkey to face charges of treason.

There’s another word for what Turkey was allegedly asking Flynn to do for them: kidnapping.  Gülen is currently living in exile here in the United States, but Erdoğan wants him tried over his alleged role in a failed coup attempt last year – a charge most western observers believe is trumped-up.

As the chair of an important congressional committee, Rep. Devin Nunes must have long envisioned uttering the words to the question made famous by the Watergate hearings that all investigators dream of asking: “What did he know, and when did he know it?”

When this week started, he could not have imagined that he’d have to answer that question himself.