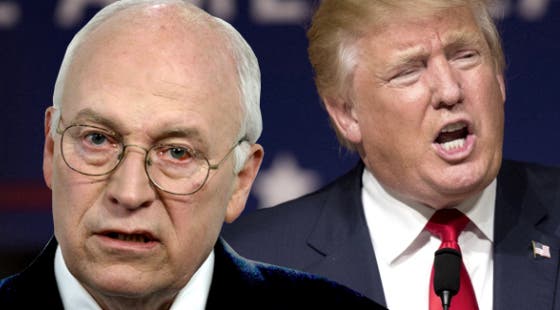 While President Trump and his Republican minions in Congress are doing their best to deny any Russian interference in the U.S. elections, former Vice-president Dick Cheney, of all people, is not toeing the party line.

Speaking in New Delhi at the Economic Times’ Global Business Summit, Cheney minced no words in discussing the accusations that hackers directly linked to Trump pal Vladimir Putin were involved in on-line subterfuge with the aim of defeating Hillary Clinton and installing their friendly puppet in the White House.

“There’s no question that there was a very serious effort made by Mr. Putin and his government, his organization, to interfere in major ways with our basic fundamental democratic processes,” said Cheney. “In some quarters that could be considered an act of war.”

“I would not underestimate the weight that we as Americans assign to Russian attempts to interfere with our process.”

“I think he has designs on the Baltics … We know he wanted Crimea, he took it.”

While the Trump administration continues to deny Russia’s role in his election, even the most corrupt and deceptive members of the Republican establishment can no longer ignore the obvious threat that this poses to our democracy.

See Cheney’s comments on the Russian interference in the election beginning at the 15:49 mark in the video below.