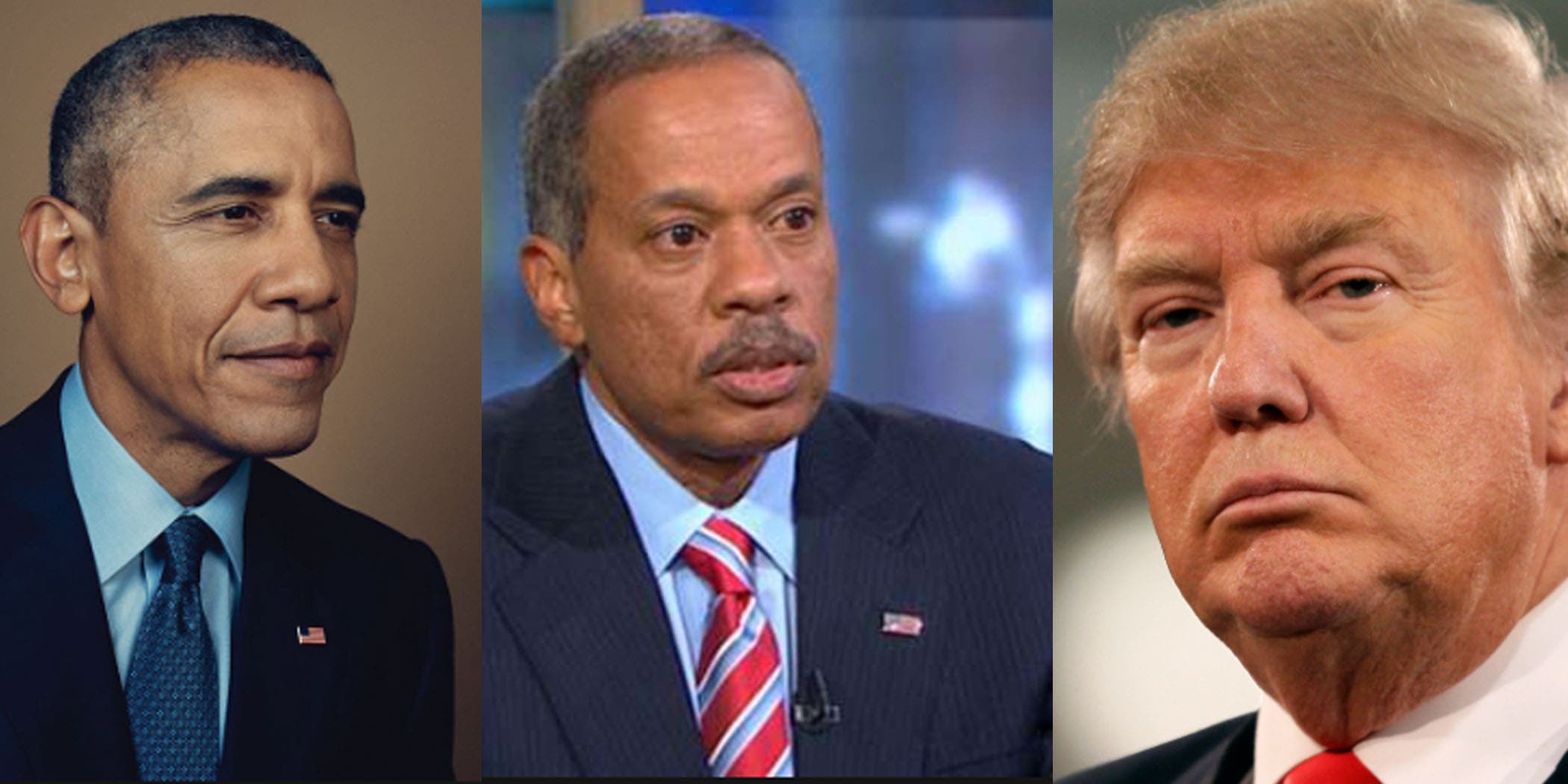 Fox news contributor Juan Williams apologized to President Barack Obama today in a damning column for The Hill, shaming Conservative media hosts like Rush Limbaugh, Hugh Hewitt and Lars Larson for the “silence from far right wing talk radio” in the face of President Donald Trump’s lies – especially his claim that he was wiretapped by President Obama.

Williams keyed off the usually Conservative Wall Street Journal’s editorial: “The Journal abandoned efforts to make sense of President Trump’s outright fiction that Obama wiretapped him. Its editorial page — never a friend to Obama — wrote this last week about Trump: “[He] clings to his assertion like a drunk to an empty gin bottle, rolling out his press spokesman to make more dubious claims.”

“Wow,” wrote Williams, adding: “They are not yet saying ‘Thanks, Obama,’ but their words do stir new appreciation for the good old days under the previous president.”

“Will right-wing talk radio follow the Journal’s example?” he asked rhetorically, making it clear they have not done so to date.

“Last week,” writes Williams, “he rushed over to the White House to say he had seen transcripts of apparently legal intercepts that may have swept up some Trump campaign officials…Was this evidence that Obama wiretapped Trump as he was running for president? No. Even Nunes admits that. But by briefing the White House before sharing the information with his own committee, Nunes revealed himself as an advocate for the Trump White House.”

Williams added that Nunes,  “who served on the Trump transition team, compromised any claim to independence and threw away the credibility he needs.”

Williams also said that “House Republicans continue injuring the party’s brand as they busily sweep dirt from the Russia scandal under the White House carpet.”

He added that “the attempted congressional cover-up “can’t fool the public — not even in concert with the silence from right-wing talk radio hosts. Look at the polling: Trump’s approval ratings are at historic lows for any president in the modern age at this point in his presidency.”

As an African American, Williams has long stood out from the pack of right wing political pundits, but this editorial shows he also stands head and shoulders above them by his penchant for the truth, even if it is unpopular with the Trump apologists.