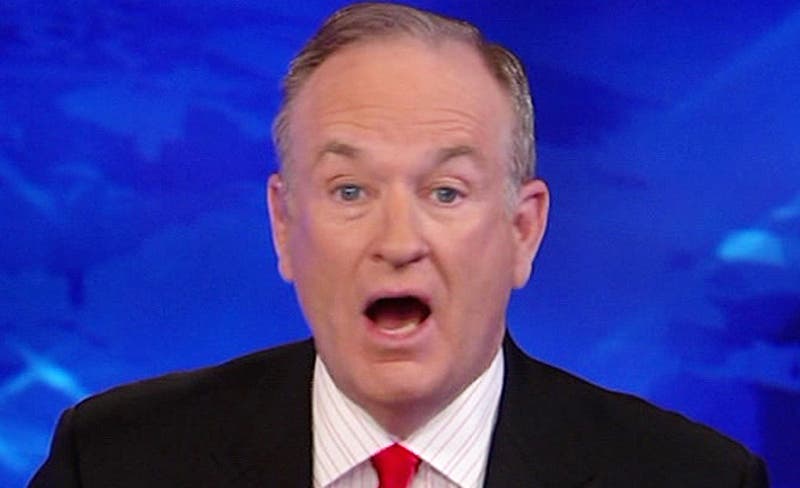 This news must have ousted Fox News boss Roger Ailes rolling over in his bed.

At the end of 2016, Bill O’Reilly had hosted the number one rated show in cable news for 16 consecutive years, and loved to brag about it. On Super Bowl Sunday, O’Reilly was rewarded with an exclusive interview with incoming President Donald Trump.

Now, only two months later, Reilly has fallen into a Trump slump.

Last week the number one show in cable news belonged to Rachel Maddow on MSNBC. O’Reilly wasn’t even number one in his time period. That honor went to Chris Hayes on MSNBC.

Even CNN with about 482,000 total viewers beat O’Reilly last Friday after Trump’s health care bill went from the halls of Congress to intensive care.

Maddow was not atop the heap in the total viewership. She also was number one in the key 25-to-54 year old demographic that advertisers covet – for the first time in history.

That was the best performance by Maddow’s show in the eight and a half years it has been on the air and the best for any show on MSNBC in its 20-year history, according to a statement provided by the network to Politics USA.

MSNBC added that “Maddow” saw its total audience surge 106 percent from one year ago in total viewers, and 103 percent in adults 25-to-54.

“The answer for why MSNBC’s growth has exploded is because it is the only network that doesn’t cater to Donald Trump,” according to Politics USA. “CNN became Trump television during the campaign, and Fox News is the de facto state-run television network of the Trump administration.”

O’Reilly has long boasted about being number one in cable news. He has said it is because he is his own producer and pays attention to what his audience wants. He told Deadline Hollywood last December that, “In a country where people’s attention span is short and they are holding the clicker in their hand, and they got a hundred other options, you have to basically understand what the audience is responding to. If you don’t, you’re going to fail,”

To be fair, the failure seems to be somewhat beyond his control. Fox News has become so tied to the Republican party line that as Trump’s credibility has been shredded by his outrageous and often obvious lies, even hard core Republicans have had to take a step back and wonder if he can be trusted.

O’Reilly may want to respond, but he is trapped by who he has become over the last 16 years. As the party he has blindly supported stumbles, so does he.

There is no assurance that things may not change again, but for now, the cable news race reflects the mood of America. Trump’s favorable ratings are at a historic low and his negatives are at an all-time high for any President in modern times.

O’Reilly may have celebrated with Trump on Super Bowl Sunday, but now only a couple months later, he is the one who has to punt. And Maddow is there to carry the ball to the goal as the new voice of truth, justice and the real way to make America great again.

In an interview with Variety on January 17, Maddow laid out how she hoped to beat O’Reilly. “I do feel like where I do best,” she said, “and what our audience seems to respond to the most, is expository work, explanatory work, putting things in context.”

It is something even Roger Ailes might have appreciated. Last July, Ailes was forced out of Fox News, which he founded, amid a scandal over his sexual harassment of numerous female employees. While he was a disgusting human being, he left with Fox News on top in the ratings and in perception.

Whether Ailes could have done anything about his network becoming a loser as Trump suffers through the worst first months of any President in memory is doubtful. Even Ailes’ famous penchant for secrecy, tricks, manipulation nor all of that  Murdoch money would have been enough to undo the Trump damage.

The American public may be slow to catch on, but a lot of people seem to finally have figured out that Trump’s campaign promises were mostly hot air, his ability to make deals as a businessman is dubious and he has surrounded himself with billionaires and bullies who are taking the country in the wrong direction.

Maddow is a liberal but she is also a teller of truth. The audience seems to finally be figuring out that matters, and that is what ultimately makes for great American ratings.