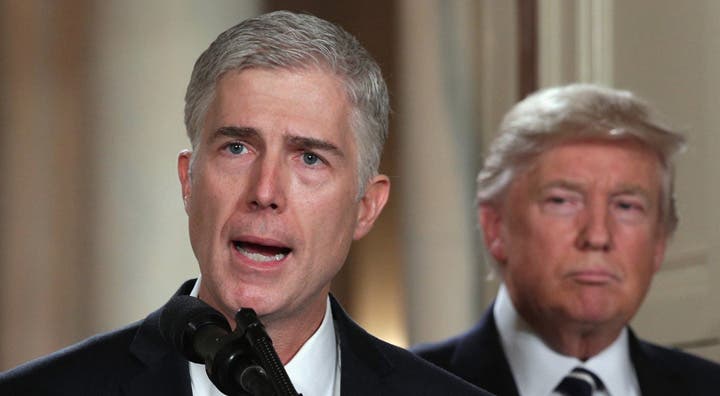 The Military Just Caught Trump Lying About His Defense Budget

In the surest sign yet that they’re gearing-up for a fight over the President’s nominee to fill the Republicans’ stolen Supreme Court seat, Senate Democrats on the Judiciary Committee today forced a delay on the vote to confirm conservative Judge Neil Gorsuch.

Republicans had scheduled the vote for this week, but Democrats have other ideas.  They’ve employed a rule that allows any member of the Judiciary Committee to delay a vote for up to a week, and in doing so they’ve fired what may be the first shot in the battle to prevent the Republicans from filling the seat that rightfully belongs to Judge Merrick Garland.

You may recall that, after the sudden passing of conservative firebrand Justice Antonin Scalia in early 2016, Republicans in the Senate abandoned due process – not to mention the law – when they set-out to prevent President Obama from exercising his constitutional duty to fill the vacancy.

Hiding behind a manufactured and since-debunked precedent, they proceeded to stone-wall Obama’s appointee, Judge Garland.  Since they controlled the Senate, they succeeded, refusing to even meet with Judge Garland, let alone schedule hearings or a vote.

Many Democrats believe the GOP has in fact set a new precedent with their stunt to block Judge Garland, and they’re eager to return the favor.  Democratic leaders in congress and rank-and-file Liberals alike have called for Senate Dems to use any and all tools available to block Judge Gorsuch – up to and including the filibuster.

Current Senate rules call for Supreme Court nominees to hit the 60 vote threshold to be confirmed.  With the GOP only holding 52 seats, eight Democrats would need to cross the aisle to confirm Judge Gorsuch to the high court.  Anything less would constitute a filibuster.

If Democrats decided to institute the filibuster, it would force the GOP to consider the controversial “Nuclear Option,” whereby Senate rules would be changed to allow Gorsuch to pass with only 51 votes.

The 60 vote threshold for Supreme Court nominees was established to ensure Justices are confirmed with bi-partisan support.  This strengthens the foundation of the Court’s authority and legitimacy as a non-partisan institution that puts the law and the constitution above party.  For aspirers to a seat at such an important table – one that comes with a lifetime appointment – bi-partisan confirmation is not only prudent… it’s vital.

The tone and tenor of Senate procedures to fill Supreme Court vacancies is usually free from the kind of hyper-partisanship we see elsewhere in congress.  Senators from both parties have a long tradition of challenging a nominee in hearings and in the media, but ultimately approving them if they’re qualified, accomplished judges.

All that changed when the Republican-controlled Senate under Mitch McConnell sabotaged the constitution to block Merrick Garland from filling the current vacancy.  Now that the first shot appears to have been fired in the effort to block Neil Gorsuch’s confirmation, Democrats appear ready to return the favor.