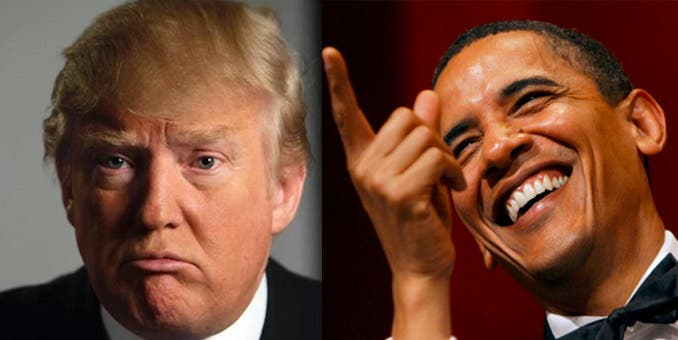 Trump Just Made It Easier For Companies To Steal Your Wages

When you ask successfully recovering drug addicts what finally motivated them to turn their lives around, most will say it took actually hitting rock bottom to recognize how much they had lost – and all that they might still lose.

For those waiting for President Trump to hit rock bottom and recognize the error of his ways, well, they’re going to have to keep waiting.

With only 36 percent of respondents approving of Trump’s performance in office, and 57 percent disapproving, Gallup notes that:

Trump’s approval is now lower than former Presidents Barack Obama and Bill Clinton’s approval numbers were at any point in their presidencies.

Obama reached his low of 38 percent in both 2011 and 2014 – 3 years and 6 years, respectively, into his 2-term presidency.  Former President Bill Clinton reached his nadir a little more quickly, hitting 37 percent in the summer of 1993 between his 5th and 6th months in office.   Even during the lowest days of his impeachment crisis, Clinton managed to maintain very high favorability numbers.

President Trump, meanwhile, took only 2 months to hit his historic milestone.  Now he finds himself looking up at the bottoms of the two former Presidents he bombarded incessantly on his scorched-earth path to the White House.

Trump, of course, has had an on-again, off-again love affair with polls, touting them and dismissing them often in the same breath, depending on what they showed.  And back in early February, just days after taking the oath of office, the President preemptively declared via Twitter that all polls that show him down in any way are in fact “Fake News.”

Don’t be surprised if we get a similarly dismissive response from our thin-skinned President over this latest bit of historic bad news.

No word yet on whether any Oval Office interventions are in the works.