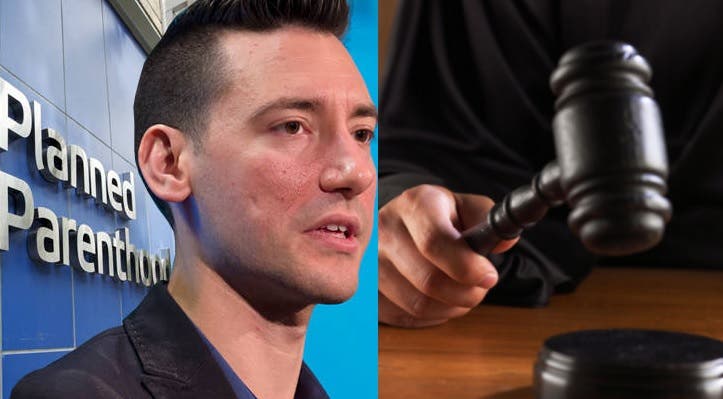 Trump Voters Were Asked About His Tweets. Their Responses Are BRUTAL

The Associated Press has just announced that two of the anti-abortion propagandists who illegally recorded Planned Parenthood employees and made misleading videos smearing the beloved reproductive healthcare organization have just been charged with a stunning fifteen felonies.

BREAKING: Anti-abortion activists who made undercover videos of Planned Parenthood talks charged with 15 felonies in California.

Daniel Daleidan and Sandra Merrit, who ran the fake biomedical research company called the “Center For Medical Progress,” have been charged with criminal conspiracy and fourteen counts of recording individuals without their consent.

If convicted, they could face tens of thousands of dollars in fines or several years in prison.

During the Republican primary, the Center for Medical Progress released a series of heavily doctored videos that purported to show Planned Parenthood employees “selling” fetal tissue to biomedical firms.

In reality, they were negotiating transport reimbursement for the tissues, which are used to develop remedies for diseases like HIV/AIDS and cancer. But certain Republican primary candidates – most notably disgraced ex-HP CEO Carly Fiorina and religious extremist Sen. Ted Cruz (R-TX) – constantly repeated the false allegations that Planned Parenthood was “selling” baby parts.

Fiorina went further, however, inventing a horrific story which she recounted on national television: “Watch a fully formed fetus on the table, its heart beating, its legs kicking while someone says, ‘We have to keep it alive to harvest its brain.”

This never happened, and there was nothing in the videos that came close to such a graphic scene. But it didn’t stop Republicans in states across the country from launching investigations of Planned Parenthood – paid for with taxpayer money – which all ended up finding no wrongdoing. The House spent nearly a million dollars of taxpayer money on the “case” and found nothing – but that didn’t stop them from trying to defund Planned Parenthood at every chance they got.

While the damage to Planned Parenthood’s public image will take a long time to heal, at least we can find some small comfort knowing that the religious anti-choice extremists who concocted these outrageous lies are getting the punishment they deserve.