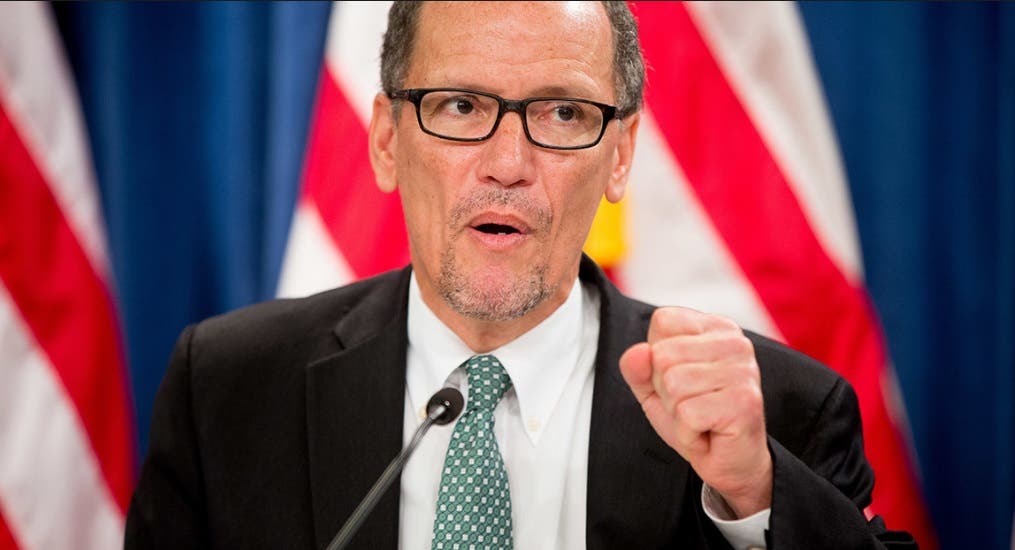 In a bold move signaling a new phase in the Democratic’s Party’s campaign to take back Congress in 2018 – and evict Trump from the White House in 2020 – the Democratic National Committee Chairman just announced a MAJOR reorganization at the DNC.

NBC reported late Tuesday afternoon that Chairman Perez has, “…requested the resignation letters of all current staffers be submitted by next month.”

Rep. Ellison was the choice of Sen. Bernie Sanders (I-VT) and the more progressive wing of the Democratic Party, while Perez, the Secretary of Labor during President Obama’s second term, was seen (perhaps unfairly) as the more moderate, establishment option – though his progressive bonafides were never really in question.

Perez emerged victorious. In a largely symbolic yet poignant gesture to unite the party, he immediately asked Ellison to serve as his deputy chair.  With today’s move, he goes a few steps further to appease progressives by initiating a clean break with the team put in place under close Hillary Clinton ally Rep. Debbie Wasserman Shultz (D-FL).

Party staffs typically see major turnover with a new boss, but the mass resignation letters will give Perez a chance to completely remake the DNC’s headquarters from scratch after staffing had already reached unusual low following a round of layoffs in December.

Perez will rely on his 30-member Transition Advisory Committee to vet candidates for the multiple vacancies today’s move now creates.  Then the real work of rectifying the failure of the 2016 election can get underway.

Perez told NBC News recently that, “We’re repairing a plane at 20,000 feet. You can’t land the plane, shut it down, and close it until further notice.”

He may not be setting the plane down just yet, but he just informed the pilots that this will be their last flight.