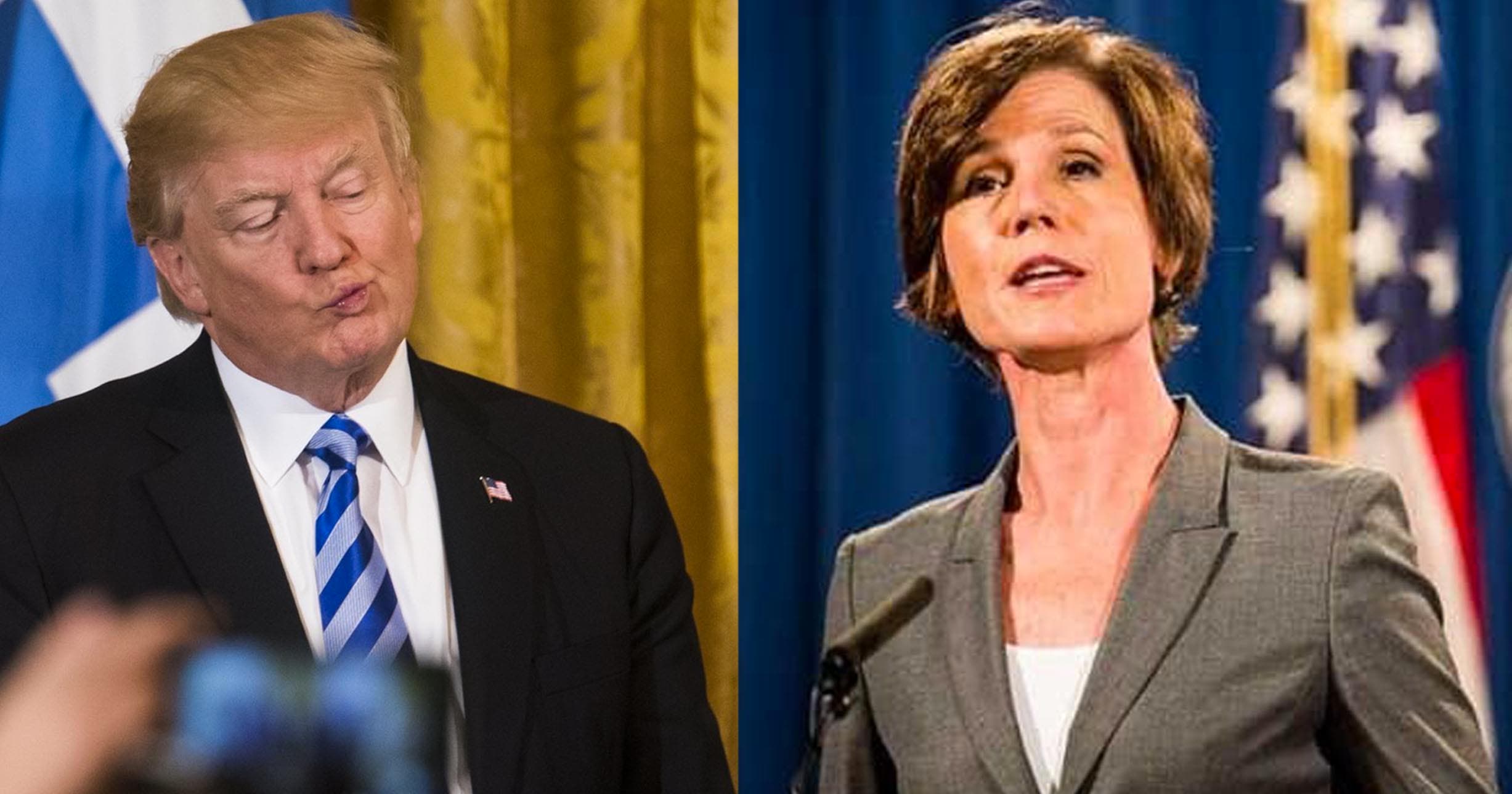 The Trump regime has been working with House Republicans to keep the public from hearing what Former Acting Attorney General Sally Yates has to say. An Intelligence Committee hearing on collusion between Russia and Trump insiders had been scheduled for today, but was abruptly cancelled by Committee Chair Devin Nunes (R-CA) last week.

The Washington Post reported that Trump officials encouraged Nunes to muzzle Yates after learning that her testimony, along with that of former CIA director John Brennan, would contradict official White House statements.

Yates planned to bring insight to the involvement of former National Security Advisor Michael Flynn, who was fired last month for lying about discussions with Russian officials and since has come under fire for undisclosed arrangements with the Turkish government in which he was paid at least $500,000.

For now, it seems Trump has put a stop to the House inquiry, but that doesn’t mean Yates will be silenced. NBC’s Frank Thorpe reports that Senate Select Intelligence Committee Vice-Chair Mark Warner intends to let her speak:

Sen Warner says no invite yet, but "It's obviously my intent that Sally Yates would be one of the people (that testifies before Sen Intel)"

Senator Warner will hold a press conference tomorrow with Committee Chair Richard Burr (R-NC) to announce the details of the hearing on Russia’s election interference:

Interesting: Sen Intel Chair @SenatorBurr & Vice-Chair @MarkWarner are holding a presser tmrw at 2:30pm to give an update on Russia Invest pic.twitter.com/lofBHt4Pa5

For now, it looks as if the threat of treason at the highest levels of the White House may be enough to bridge the partisan divide in the Senate. It’s too bad House Republicans have, as yet, refused to rise to the occasion.