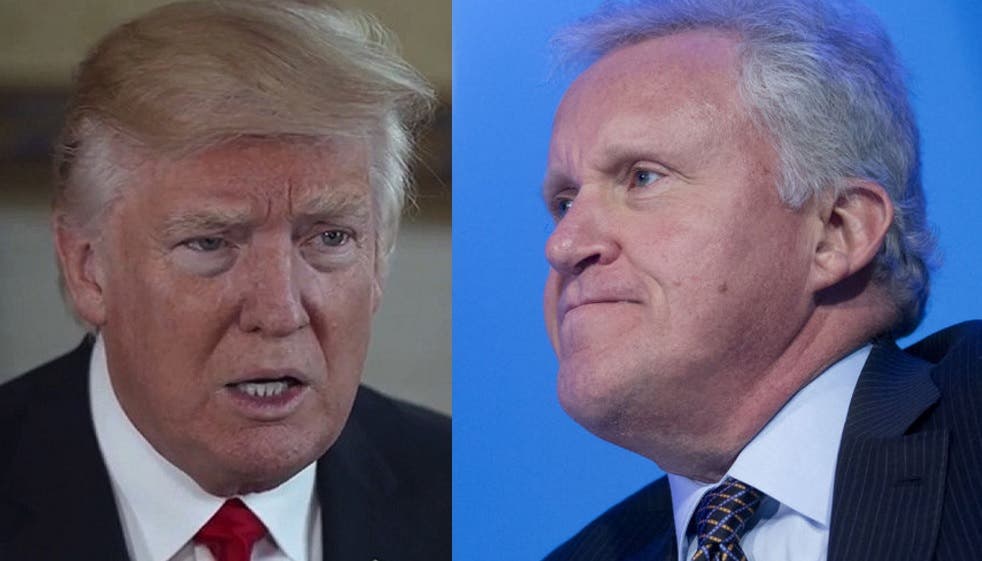 One of America’s most influential CEOs, Jeff Immelt of General Electric, just took President Trump to task for his dangerous anti-climate and anti-science agenda.

POLITICO just revealed that “Immelt is calling on other companies to step up to fill the void that the administration is leaving behind,” as per an internal memo obtained by the news outlet.

In the missive, Immelt politely questions Trump’s mental faculties by saying his “imagination is at work” and calls on other American companies to pick up the baton that the White House has so carelessly discarded.

“Companies must be resilient and learn to adjust to political volatility all over the world. Companies must have their own ‘foreign policy’ and create technology and solutions that address local needs for our customers and society.

We believe climate change should be addressed on a global basis through multi-national agreements, such as the Paris Agreement. We hope that the United States continues to play a constructive role in furthering solutions to these challenges, and at GE, we will continue to lead with our technology and actions.”

Immelt went on to point out that innovation and investment into green technology is not only both environmentally prudent and profitable, but also a necessary evolution in today’s rapidly changing global economy.

The rest of the world, recognizing both the opportunities to be found and the urgent need to adapt to green technology, is moving on to bigger and better things as the United States curls up in a dirty room with the windows shut and the door locked as our President obsesses over coal like an addict does rocks in a crack pipe and wages an all-out war on science and regulations that protect both the environment and the public.

China is investing $360 billion over the next three years in environmentally-friendly technologies; countries as varied as Sweden, Costa Rica, and Kenya are all leading the charge in developing renewable energy and other green technologies. President Trump, on the other hand, just repealed the Clean Power Act and banned the use of “emissons reduction” in the Department of Energy memos.

If the White House and Congress won’t face reality, it’s up to the Immelt and the free market that Republicans worship so devoutly to take the charge and do what’s right for the American people and the future of our world as we know it.