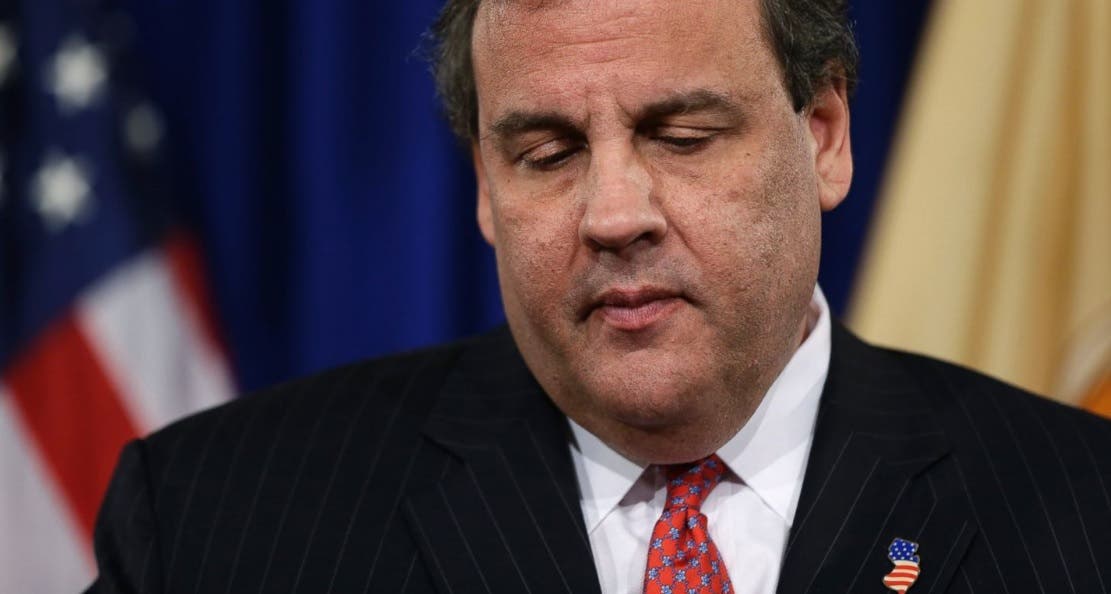 Two collaborators in the “BridgeGate” scandal swirling around New Jersey Governor Chris Christie since 2014 are now going to jail.

In November, former Christie aides Bridget Anne Kelly and Bill Baroni were found guilty on all counts for their role in the 2013 closure of toll lanes on the New Jersey side of the George Washington Bridge, linking Fort Lee, New Jersey and Manhattan.

Today they were sentenced, with Kelly receiving 18 months behind bars plus a year of probation, and Baroni facing two years in federal prison and 500 hours of community service.

The lane closures that Kelly and Baroni are convicted of directing were part of an elaborate retaliation plot hatched inside Governor Christie’s administration against Mark Sokolich, Mayor of Fort Lee, NJ.

Sokolich declined to endorse Gov. Christie in his reelection bid that year, so the Governor’s office conspired with the Port Authority of NY/NJ to engineer traffic jams in Fort Lee that commuters, they hoped, would blame on the mayor.

Governor Christie continues to deny any knowledge or involvement in the BridgeGate scandal or its coverup, and he managed to avoid getting swept into the federal investigations that led to Kelly’s and Baroni’s convictions.

But a case in New Jersey State court is proceeding, despite Gov. Christie’s efforts to have the complaint thrown out of court.  Per NJ.com, Municipal Judge Roy F. McGeady ruled last month that, “A citizen’s complaint of official misconduct by Gov. Chris Christie can proceed anew, re-issuing a criminal summons that the governor had twice sought to have dismissed.”

“The court is satisfied that [Christie] had knowledge of the traffic problems in Fort Lee.  The court is [also] satisfied that he had reason to believe that this traffic was purposely created, it was contrived, and it was orchestrated for political retribution.”

As it happens, Gov. Christie appeared on NBC’s Today Show this morning to discuss his role as the Chair of President Trump’s commission to address the opioid epidemic.  With his interview conducted before the sentencing of his former aides hit the news, host Matt Lauer asked him what he thought their sentences should be.

He said, “the judge will do what the judge believes appropriate, and it’s not my role or anybody else’s role, other than the judge in that courtroom, to pass sentence on people that have committed crimes.”

"It's not my role… to pass sentence on people."-@GovChristie on his former associates facing sentencing today for bridgegate pic.twitter.com/1BNhygpfB9

Governor Christie is a close ally of President Trump.  After a bitter primary campaign where he was lauded for going toe-to-toe with Trump, he abruptly dropped out of the race and backed him in what was viewed as a shocking announcement at the time.

He later served as the head of the transition team before he was replaced by Vice President-Elect Mike Pence.  Christie was reportedly on the short list for Vice President himself, but the BridgeGate scandal may have prevented his serious consideration.