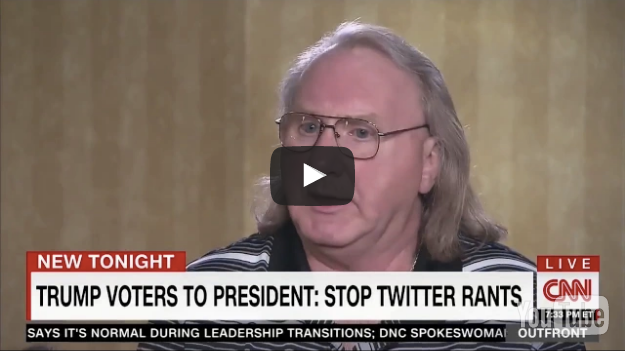 Republicans Just Sold Your Internet History To The Highest Bidder

If President Trump thinks that his own voters enjoy his constant reckless tweeting, this video will certainly change his mind.

In it, several of his supporters are interviewed, and their utter disdain for his tweets is unanimous.

They rake him through the coals, saying that he needs to “step down and let someone else run the country,” that he isn’t acting “presidential,” and that he is purposefully lying and deceiving the American public.

It gets better, but I don’t want to spoil it for you.

Please watch the video below and share it with your friends so that everyone will realize how much of a fraud Trump is: