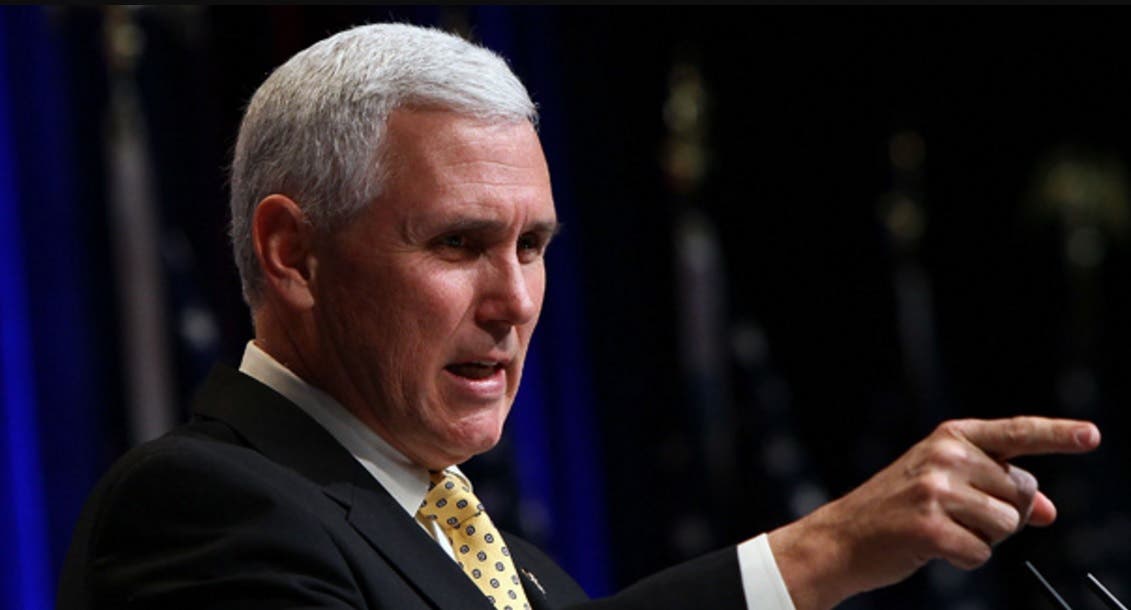 The party of old white men has just have dealt yet another stunning blow to America’s already overworked and underfunded reproductive healthcare providers.

Religious extremist and anti-gay bigot Vice-President Mike Pence, who recently admitted that he won’t eat a meal with a woman who is not his wife, gave the tiebreaking vote to break a 50-50 Senate deadlock repealing President Obama’s rules that prevented states from withholding Title X funding from reproductive healthcare providers that provide abortions as part of their services.

To be entirely clear – the Title X funding is never used for abortions, even though it should. Instead, states can now withhold the money that would be used to provide contraception, STI screening, pap smears, and mammograms to clinics that also provide abortions.

Republican Senator Johnny Isakson (R-GA) hasn’t been to the chamber for a vote in weeks after back surgery, but made a special trip just to cast the tying vote to harm women’s healthcare access across the country.

Democratic Senators are livid about today’s vote because Planned Parenthood and other women’s health clinics will now be subject to frivolous rules and harassment from conservative state governments eager to push an agenda of Christian extremism on their populations.

Senator Patty Murray (D-WA) took to Twitter to remind Republicans of how much good President Obama’s Title X funding does for the American people:

Republicans need to end their damaging political attacks on women & stand with millions of women, men, & families once and for all. #TitleX pic.twitter.com/TgDAawGG0K

.@VP is on his way to break a tie on #TitleX funding. Just in case we didn't already have enough men making decisions on women's health

Other Senators were quick to pile on:

We should be expanding healthcare for women & families, not restricting it. It is shameful for @GOP & @VP Pence to vote no on #TitleX

This isn’t a joke: VP Pence, who has led efforts to restrict women’s right to reproductive health care, is breaking the tie on #TitleX.

.@SenateGOP is continuing on an extreme, anti-women agenda, rushing to reverse a rule that protects women’s health care. #TitleX

The reaction from upset women on Twitter has been swift and pointed, and as one pointed out, this vote seems like a poor way to celebrate the end Women’s History Month.

More than 50% of #TitleX clients are women of color. Defunding #TitleX providers is a #reprojustice issue.

#TitleX isn't a fight about pro-choice or pro-life, it's a fight about whether communities get access to the care people need. Pence said no

Shamefully, many Republican women voted for this fiasco, which as Planned Parenthood’s CEO Cecile Richards pointed out, will only “make it harder for women to get birth control & lifesaving cancer screenings.”

America’s women deserve equal access to healthcare, without political interference by a bunch of old white guys in the GOP telling them what to do with their bodies.