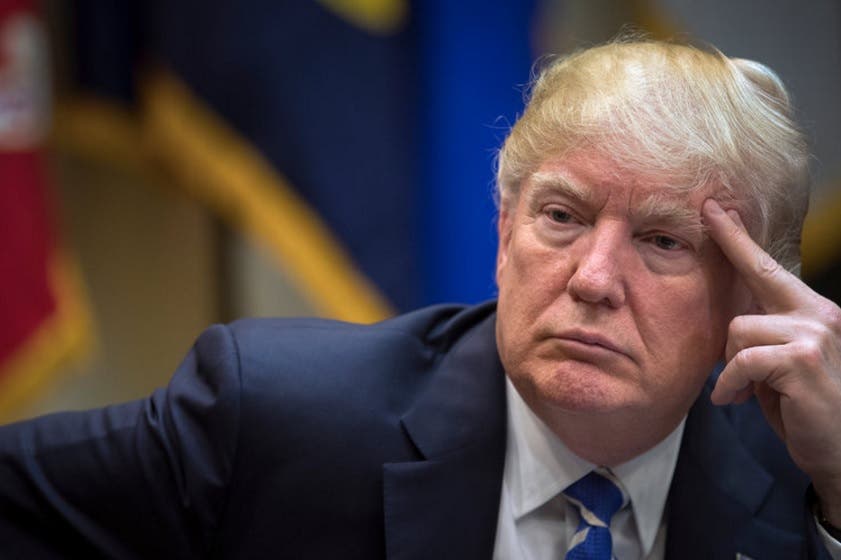 Donald Trump’s Presidential campaign stump speech prominently featured his vow to bring good jobs back to the U.S.-  and as recently as his Joint Address to Congress in February he promised to make it “much, much harder for companies to leave our country.”

Yet despite his tweets, threats, posturing and jawboning, the reality is that jobs are continuing to flow out of the U.S. – especially to Mexico – and there doesn’t appear to be much if anything he can do about it that would be meaningful.

That is the conclusion of an investigative article from Bloomberg’s Thomas Black headlined: “American Jobs Are Headed To Mexico Again.”

Even Trump’s occasional victories in keeping well-paying jobs at home as his “America First” policy is more smoke and mirrors than a real change.

Take his dubious claim for credit after Ford said it would spend $1.2 billion to renovate a plant in Michigan. Aside from the fact it was already in the works while Obama was President, Trump’s boast that he was bringing “Jobs! Jobs! Jobs!” home was really only about 130 positions. Ford still employs over 7,000 in Mexico.

The attraction of Mexico is not hard to understand. There is a large, educated, motivated workforce that will take any job offered for a wage that is a fraction of what it would cost in the U.S., even in a non-union plant.

Trump’s plan to re-negotiate NAFTA, build a border wall and threats of levelling a 20 percent tariff on imports from Mexico are not likely to reverse the flow of jobs south of the border. That is because, in a world where communications, travel, and commerce all flow easily across borders, companies that want to survive and grow have no choice but to seek out ways to offer customers low prices.

“This isn’t about taking jobs from the U.S. – It’s about saving companies,” Alan Russell, CEO of Tecma Group, which helps American companies open and operate plants in Mexico, told Bloomberg.

Russell points to Firstronic LLC, which opened a factory in Juarez in 2014 to make high-tech circuit boards for customers including Audi and Tesla. Workers there who wear lab coats and run computerized machines that solder capacitors and resistors onto green boards make about $10 a day.

Steve Warren, an official with the International Association of Machinist and Aerospace Workers in Spokane, Washington, noted Triumph Group is moving about 110 jobs to Mexico, and he understands why.

“They are being pressured to supply parts as low cost as possible,” Warren told Bloomberg. “Tapping cheap labor sometimes isn’t just about lowering costs, but accelerating growth. Large purchasers, including Kongsberg Automotive and Dura Automotive Systems, prefer to deal with a few global suppliers rather than a myriad of local companies.”

When Trump was first elected his threats and tweets did slow the flow of jobs out of the U.S. for a time and did help save a handful of jobs, but the trend is now reversed and jobs are leaving at an even faster rate.

“The renewed exodus,” reports Bloomberg, “shows how difficult it will be for Trump to turn the macroeconomic tide just by jawboning alone.”

With the huge difference in wages, even a stiff tariff on imports from Mexico isn’t likely to make a big difference.

What it will do is anger and hurt American companies like Walmart that depend on the lower cost goods who need the flexibility to be competitive in the world market.

Moving jobs to areas of cheap labor is part of the global gamesmanship these days. Like so much of what Trump claims he can do, the loss of these jobs is largely out of his control. He’s lying to the American people and making them promises he has no intention of fulfilling.