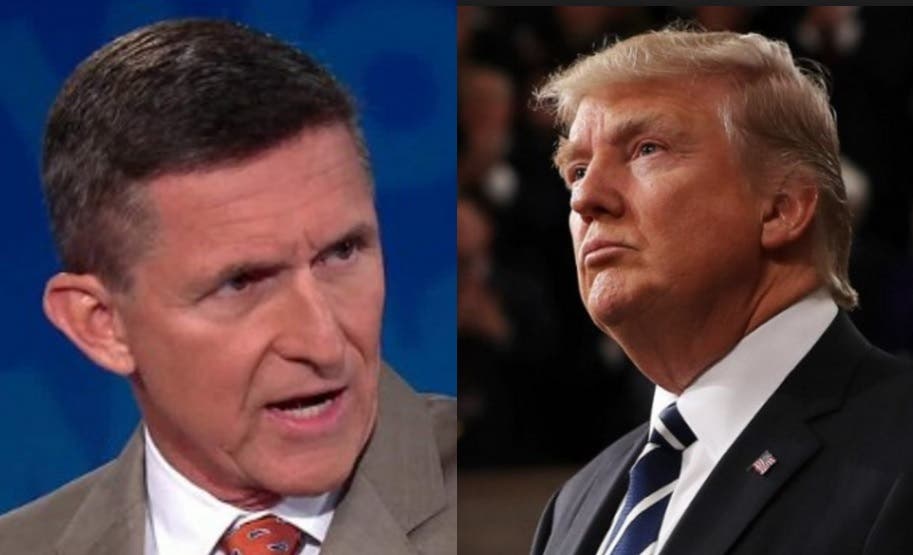 It’s all starting to make sense.

Trump’s fallen National Security Advisor made headlines again yesterday when news emerged that his lawyer was actively seeking immunity in exchange for his testimony in ongoing investigations into the President’s ties to Russia.

This morning the Senate Intelligence Committee, conducting one of the investigations, announced that they were declining his offer – at least for now.

With the media focused on the messaging surrounding Flynn’s potentially explosive testimony going from a non-issue, to inevitable, to now-in-doubt – all in under 24 hours– they forgot to ask about the messenger:  his new lawyer

New details are emerging today about Michael Flynn’s new legal representation, the one who engineered this somewhat unconventional strategy of publicly seeking immunity.

His name is Robert Kelner, and he first blipped onto the political radar in 2016 when he spoke out AGAINST then candidate Donald Trump.

He was also a prominent #NeverTrump Republican.

In June, he tweeted a not-so-subtle jab challenging Trump’s ties to Putin.  A month later, he called Trump a “Manchurian Candidate” in a sarcastic but swiping tweet.  Just a month before the election, he lobbed this hand-grenade calling out Trump’s hypocrisy over his refusal to release his tax returns.

Kelner didn’t limit his opposition to Trump to tacit tweets on Twitter.  In October, at a time when many Republicans were coalescing around the party’s candidate, he gave a scathing interview with Buzzfeed, where he said:

“Donald Trump’s effort to stir up trouble at polling places and to question, without any factual foundation, the fairness of the general election is a dangerous and unprecedented attack on our democratic institutions.  The only real threat to this election is the reported effort by Russian intelligence services to hack election systems, which is something that Trump himself has failed to condemn.”

Why would Michael Flynn hire a lawyer who played such a prominent and vocal role in the “NeverTrump” movement?

Despite the immunity deal crumbling in the Senate almost as soon as it was offered, Flynn’s choice of representation is the clearest sign yet that the “story he has to tell” isn’t one the President will like.

Peter Mellado
Peter Mellado is a writer, producer, and a branding and messaging specialist with over 15 years experience. He studied history at San Jose State University, and resides in Los Angeles.
Latest Posts
Tags
style